A Wall in the Wild: The Disastrous Impacts of Trump's Border Wall on Wildlife

Trump's border wall will be a deathblow to already endangered animals on both sides of the U.S.-Mexico border. This report examines the impacts of construction of that wall on threatened and endangered species along the entirety of the nearly 2,000 miles of the border between the United States and Mexico. The wall and concurrent border-enforcement activities are a serious human-rights disaster, but the wall will also have severe impacts on wildlife and the environment, leading to direct and indirect habitat destruction. A wall will block movement of many wildlife species, precluding genetic exchange, population rescue and movement of species in response to climate change. This may very well lead to the extinction of the jaguar, ocelot, cactus ferruginous pygmy owl and other species in the United States. 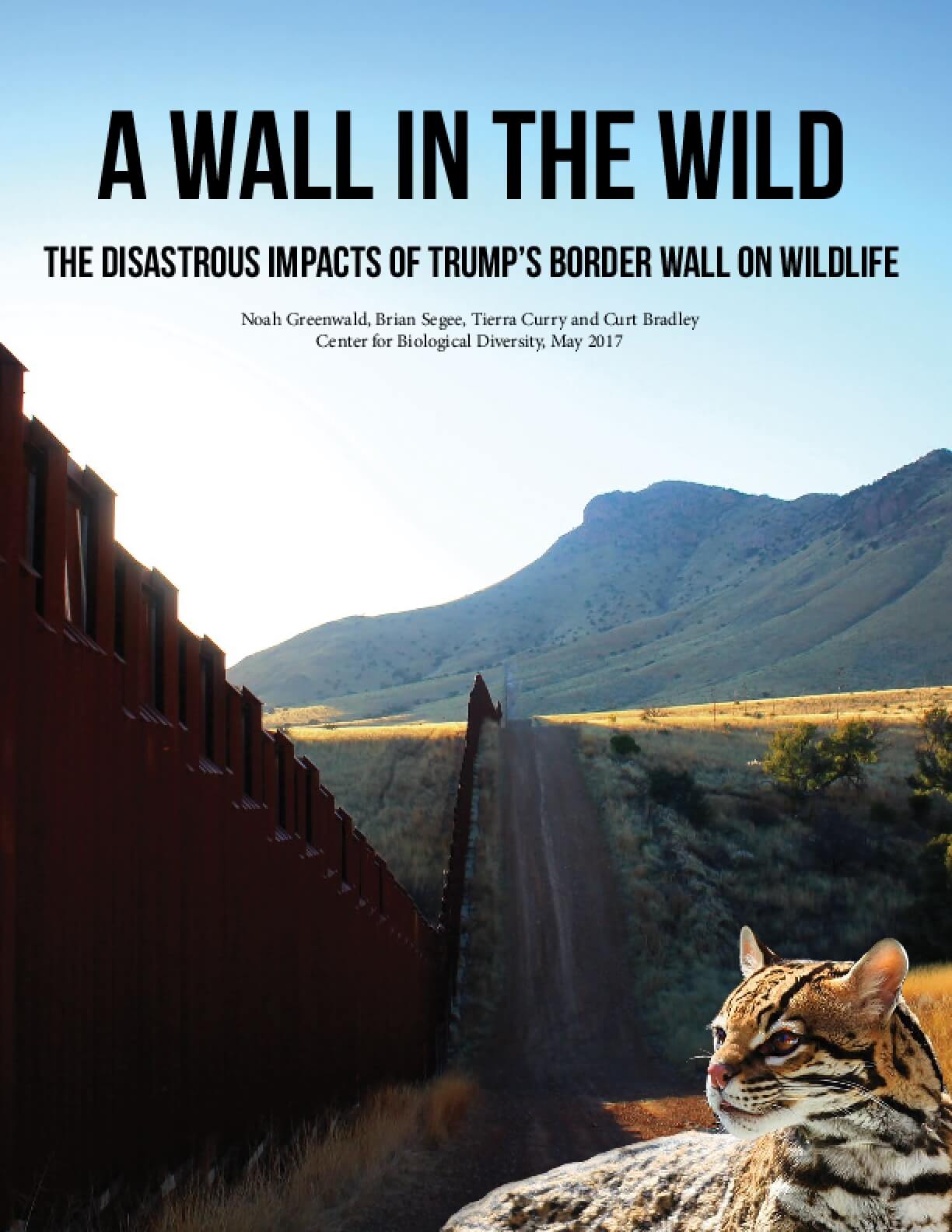