Following Israel's creation in 1948, the Palestinians disappeared from United States policy considerations and did not reemerge until the late 1960s, when they forced themselves on the world's consciousness with a series of terrorist actions and a determined assertion of national aims. With the exception of the Carter administration, the history of the two decades of American policy-making that followed is one of a concerted effort to suppress the Palestinian question as a political issue and to undermine the Palestinian Liberation Organization. This article, the second in a three-part series, examines the frame of reference that molded policymaker thinking on Palestinian-Israeli issues--one centered on the Israeli perspective and basically ignorant of the Palestinian viewpoint--from the Eisenhower administration through the Reagan years. 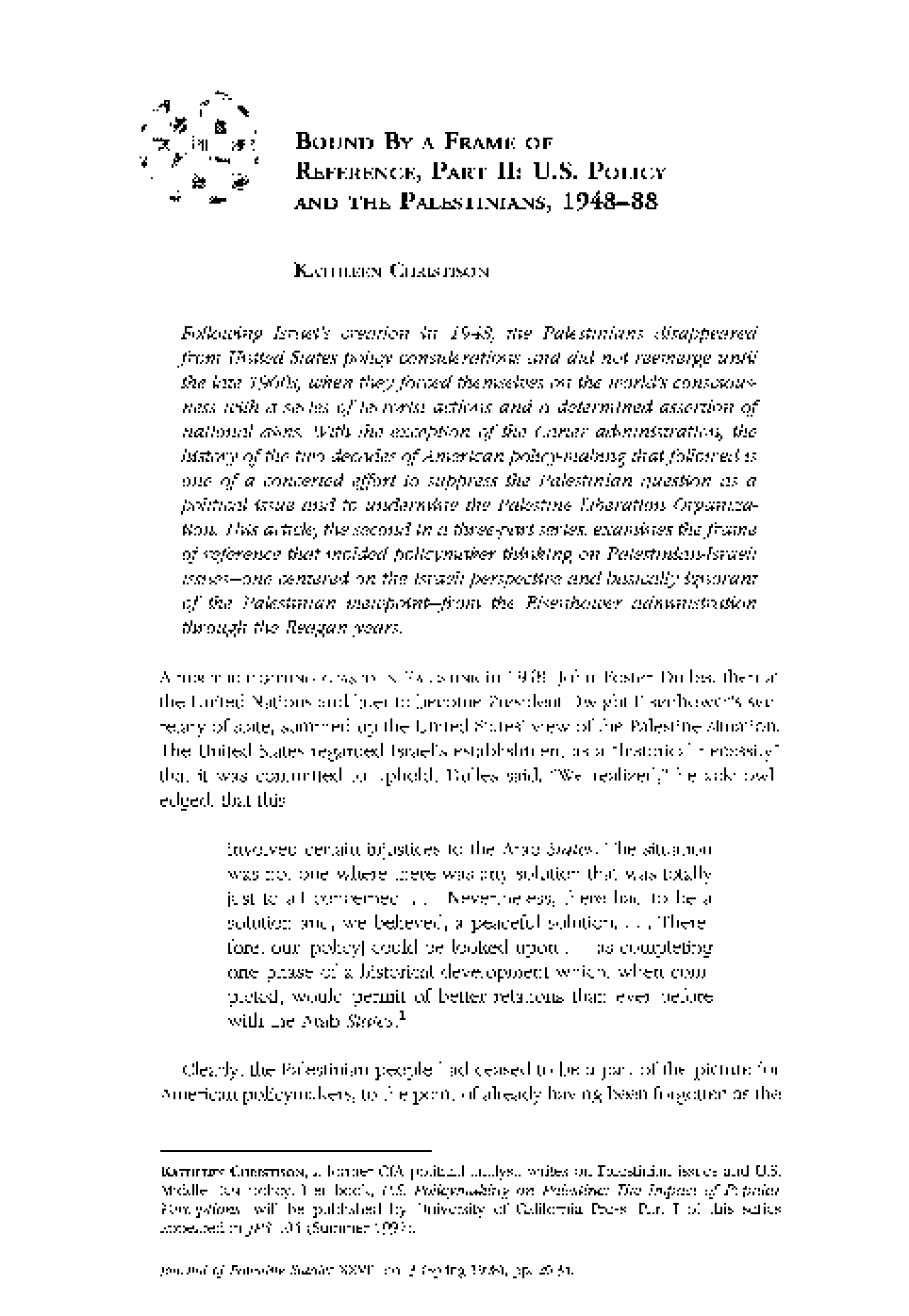