Conceptualizing US Food Systems with Simplifying Models: Findings from Talk Back Testing

The research reported on here focused on identifying one or more "simplifying models" to help Americans think more productively about Food Systems. Previous research efforts on the part of the FrameWorks Institute and its research partners (including Cultural Logic) had established that members of the public have no clear understanding or mental image of the Food System (or of individual food systems that yield particular foods). Instead, for a variety of cultural and cognitive reasons, they toggle between a dominant, "little picture" focus on the lived experience of food – shopping, cooking,eating – and an exaggerated picture of a totally "modernized" food production system, where nearly all food is produced in the equivalent of factories, and bears little or no connection to natural systems. (The latter pattern emerges particularly when people are pressed to think about how food is produced – the former is a much stronger default.). Without a more realistic perspective on how food is produced and distributed, Americans are poorly positioned to engage with important issues that experts are concerned about, and are not able to appreciate the importance of various policy approaches to improving the situation. Experience on other issues suggests that one way of raising engagement and improving the public conversation is to provide Americans with conceptual tools that can help them think not like experts, but like "managers," with a sufficient sense of the "big picture" that they can form reasonable opinions and act on a sense of collective responsibility. 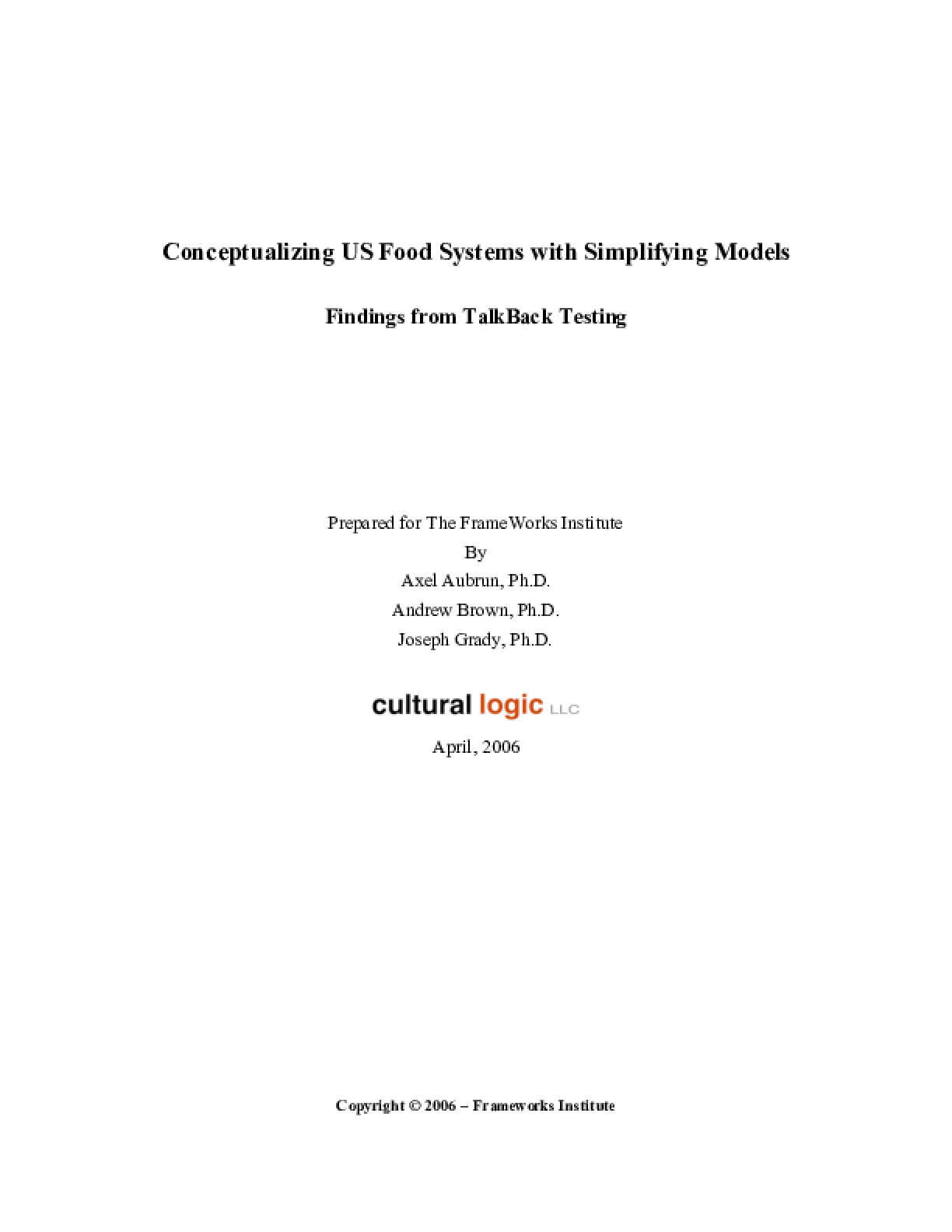