Deconstructing The Demand for Prostitution: Preliminary Insights From Interviews With Chicago Men Who Purchase Sex

In December of 2006 and June of 2007 the Chicago Alliance Against Sexual Exploitation (CAASE), Prostitution Research and Education (PRE), and the Chicago Coalition for the Homeless (CCH) launched a research initiative in Chicago to investigate the cognitive and behavioral patterns of men who purchase sex. A team of ten individuals, including three survivors of the sex trade, were trained by CAASE and PRE. In total, the team interviewed 113 men who buy sex. Men were recruited through the "Erotic Services" section of Craigslist, the Chicago Reader, and Chicago After Dark. Each interview lasted approximately an hour and a half to two hours and consisted of both quantitative and qualitative questions. 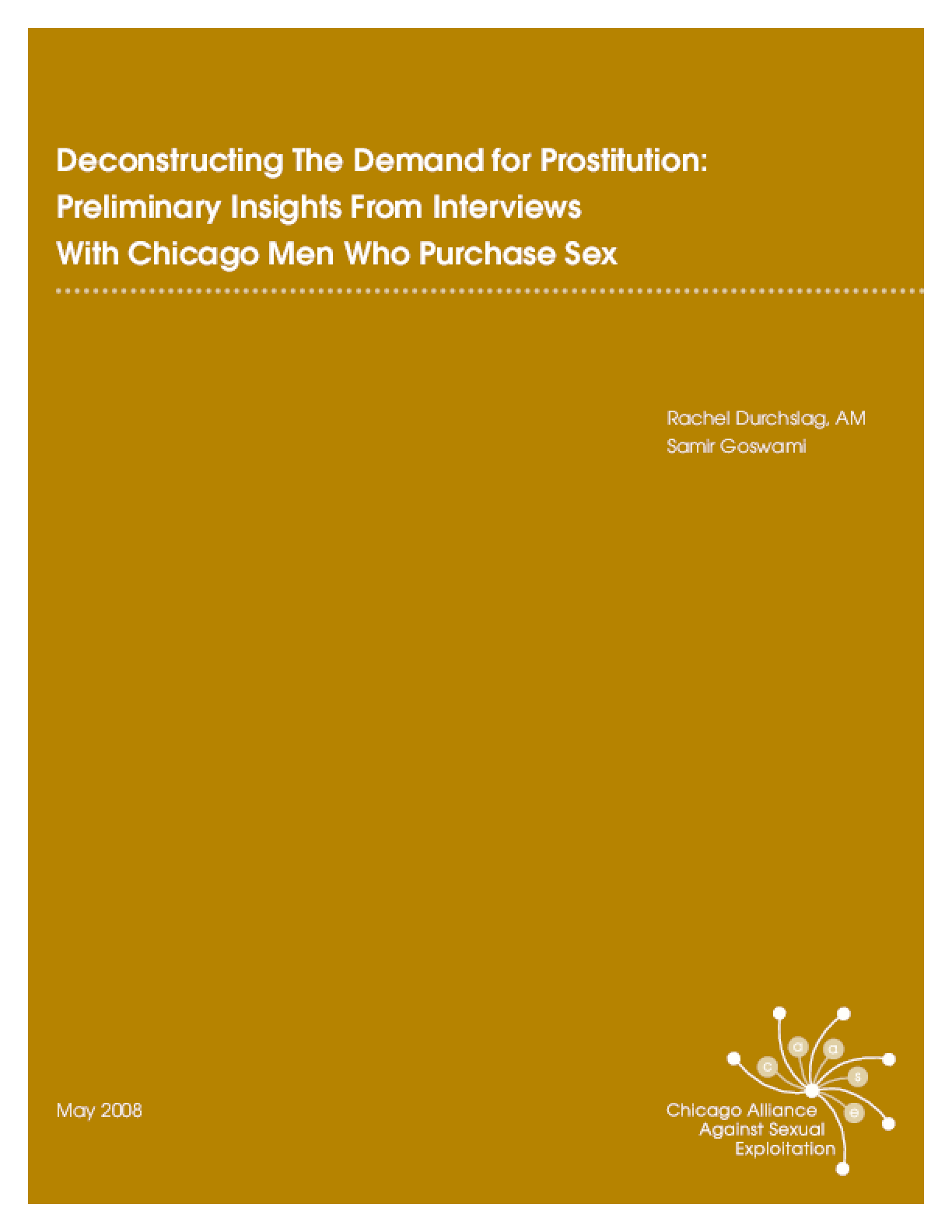