End It, Don't Mend It: What to Do with No Child Left Behind

The looming expiration of the federal No Child Left Behind Act has prompted a flood of commission reports, studies, and punditry. Virtually all of those analyses have assumed that the law should and will be reauthorized, disagreeing only over how it should be revised. They have accepted the law's premises without argument: that government-imposed standards and bureaucratic "accountability" are effective mechanisms for improving American education and that Congress should be involved in their implementation.

In this paper, we put those preconceptions under a microscope and subject NCLB to a thorough review. We explore its effectiveness to date and ask whether its core principles are sound. We find that No Child Left Behind has been ineffective in achieving its intended goals, has had negative unintended consequences, is incompatible with policies that do work, is at the mercy of a political process that can only worsen its prospects, and is based on premises that are fundamentally flawed. We further conclude that NCLB oversteps the federal government's constitutional limits -- treading on a responsibility that, by law and tradition, is reserved to the states and the people. We therefore recommend that NCLB not be reauthorized and that the federal government return to its constitutional bounds by ending its involvement in elementary and secondary education. 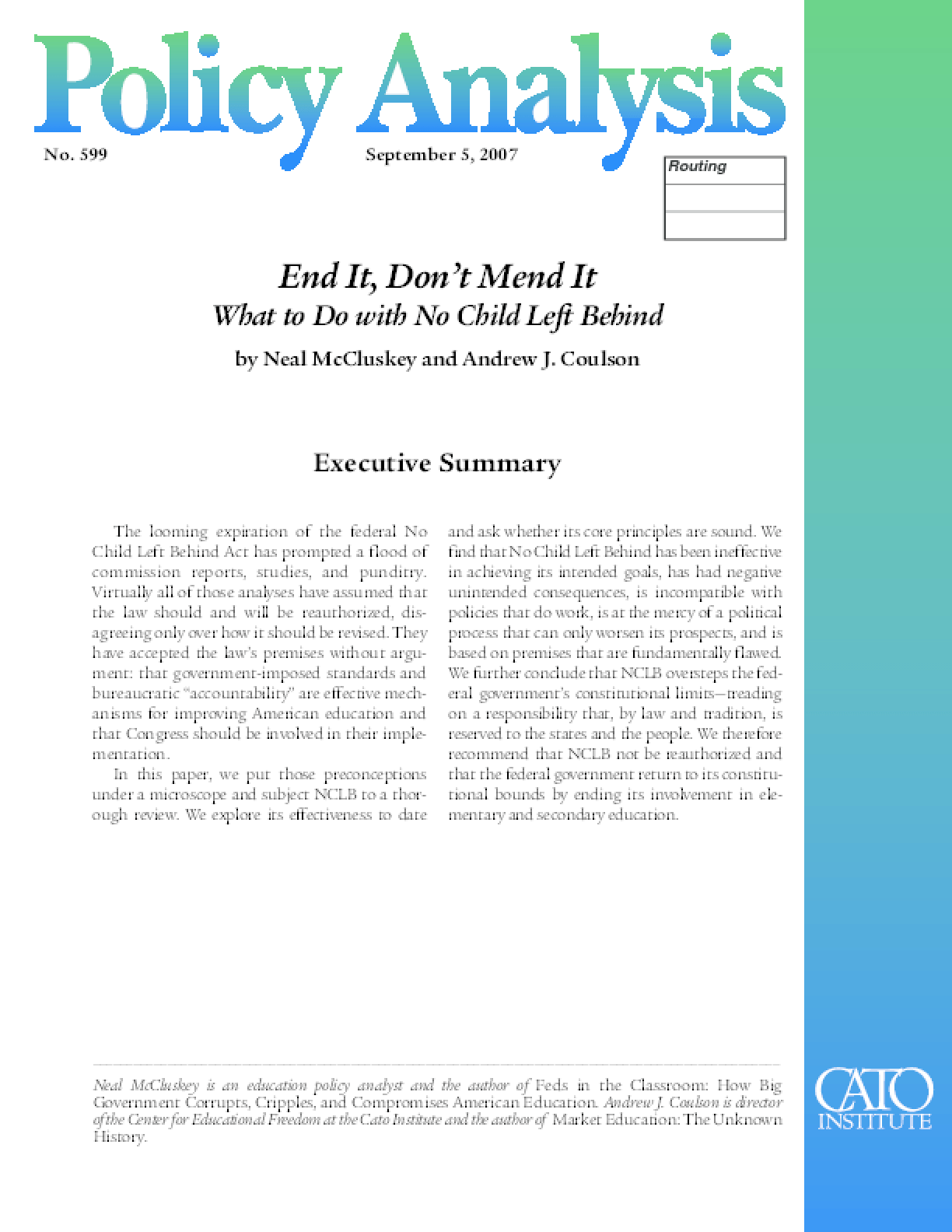