Entrepreneurial Community in Kansas City: From Fragmented to Collaborative

A small set of metropolitan areas in the United States can be considered second-tier life sciences or technology regions. Kansas City is such an emerging second-tier region. The Kansas City metropolitan area was able to grow a small but specialized knowledge economy because of the presence of large firms and subsequent efforts to strengthen entrepreneurship. This paper presents data from twenty interviews conducted in the summer of 2012 with regional experts, venture capitalists, and entrepreneurs who have successfully raised risk capital. 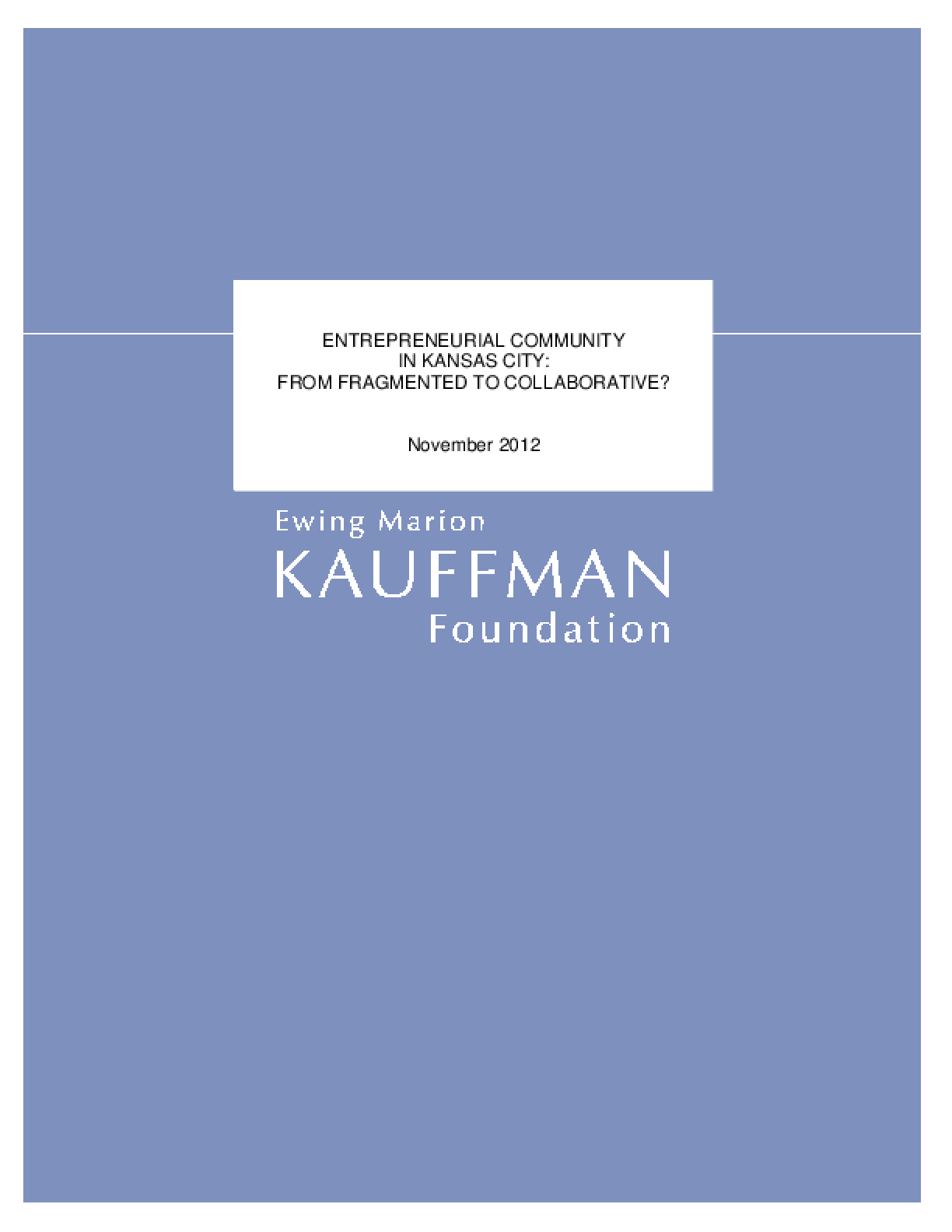