The trickle-down theory of corporate tax cuts is alive and well in America.

The theory holds that if we cut corporate taxes, corporations will have more money to invest in new jobs. Related to this theory are widely held fears that unless we give in to CEO demands for more tax breaks and direct subsidies, they will close up shop and move their jobs somewhere else.

It is a nice theory, but it hasn't worked.

Corporations are quick to complain that the U.S. tax rate – 35 percent – is the highest among industrialized nations, but they neglect to mention that the average large corporation paid only slightly more than half that rate – just 19.9 percent – between 2008-2012. Corporate taxes as a share of GDP remain near all-time lows, while corporate profits set another record last year. And yet job creation remains anemic, with more than nine million Americans out of work, almost three million of these for more than six months.

Rather than reinvesting their profits in expanding operations and hiring more workers, U.S. corporations are instead engaging in record levels of repurchasing their stock and in buying out competitors through mergers.

Corporate stock repurchases have the effect of boosting earnings per share. Higher earnings per share in turn boost stock prices. And since CEO pay is largely dependent on stock price, this pathway leads to soaring levels of CEO pay, even while average worker pay continues to stagnate.

Merging with competitors also boosts corporate profits, but rather than leading to more jobs, mergers commonly lead to layoffs as redundant employees are cast off and join the army of unemployed Americans facing an uncertain future.

Corporations have also fought for – and won – lucrative loopholes and tax credits that have taxpayers picking up the normal costs of business that corporations used to pay for themselves. 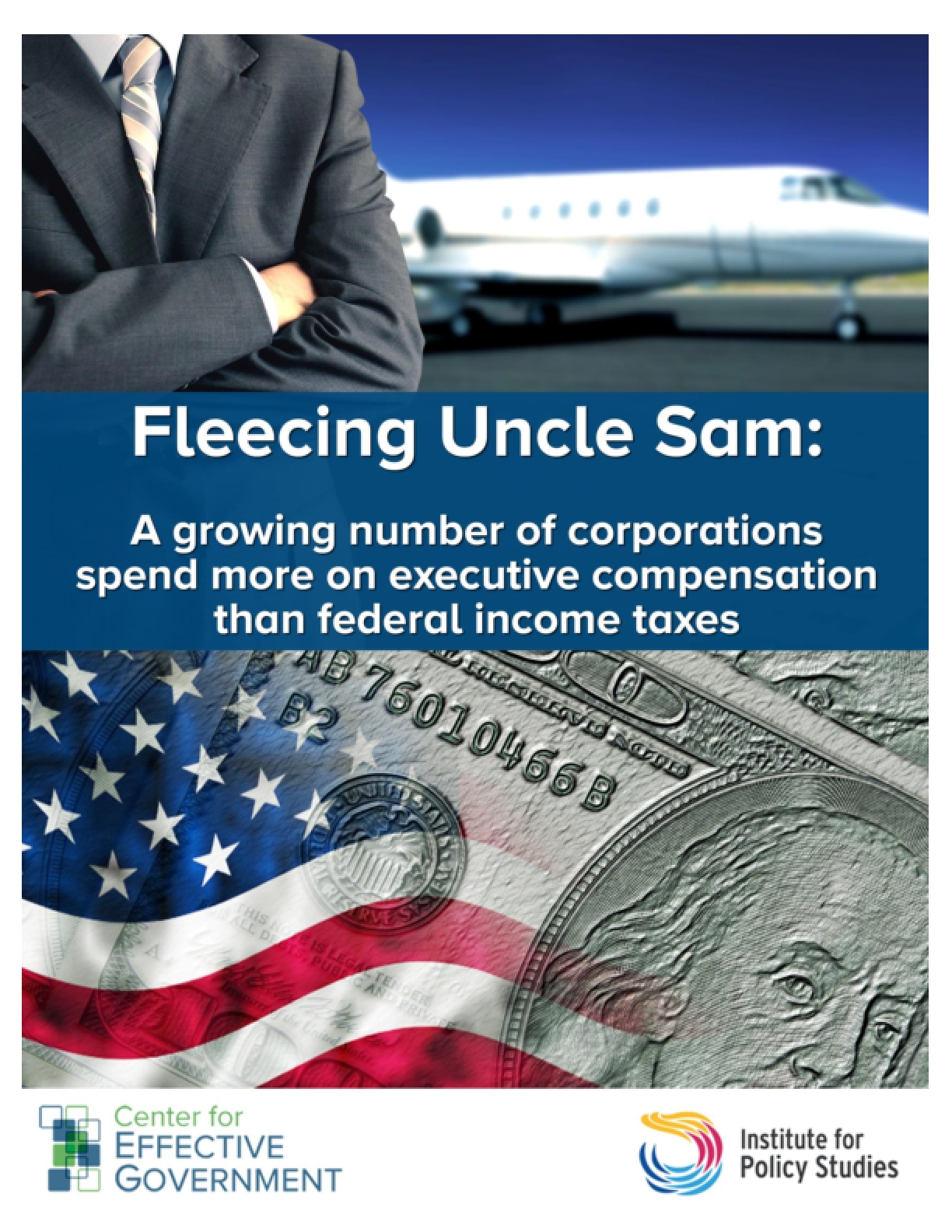