Giving Black in Los Angeles: Donor Profiles and Opportunities for the Future

Historically, African Americans have had a rich tradition of giving, but have seen themselves as givers not philanthropists, and have been perceived by others primarily as recipients of philanthropic dollars. With the financial successes of many African Americans over the last half century, that perception must change. With financial success comes greater interest, consideration and sophistication in the philanthropic efforts by African Americans.
The report was authored by Professor Ange-Marie Hancock, Associate Professor of Political Science and Gender Studies at the University of Southern California and funded by The California Endowment, Tides and Rockefeller Philanthropy Associates. Based on focus groups and survey data from African American donors in Los Angeles there are some surprising findings. The three donor profiles that emerged from this study are:


Their findings represent just the beginning of intensifying interest within the African American community about its philanthropic assets and power, and how to deploy them. The study also provides four opportunities for building black philanthropy, and examines where African Americans make charitable gifts and dispels the myth that African Americans give only, or even primarily, to the church. 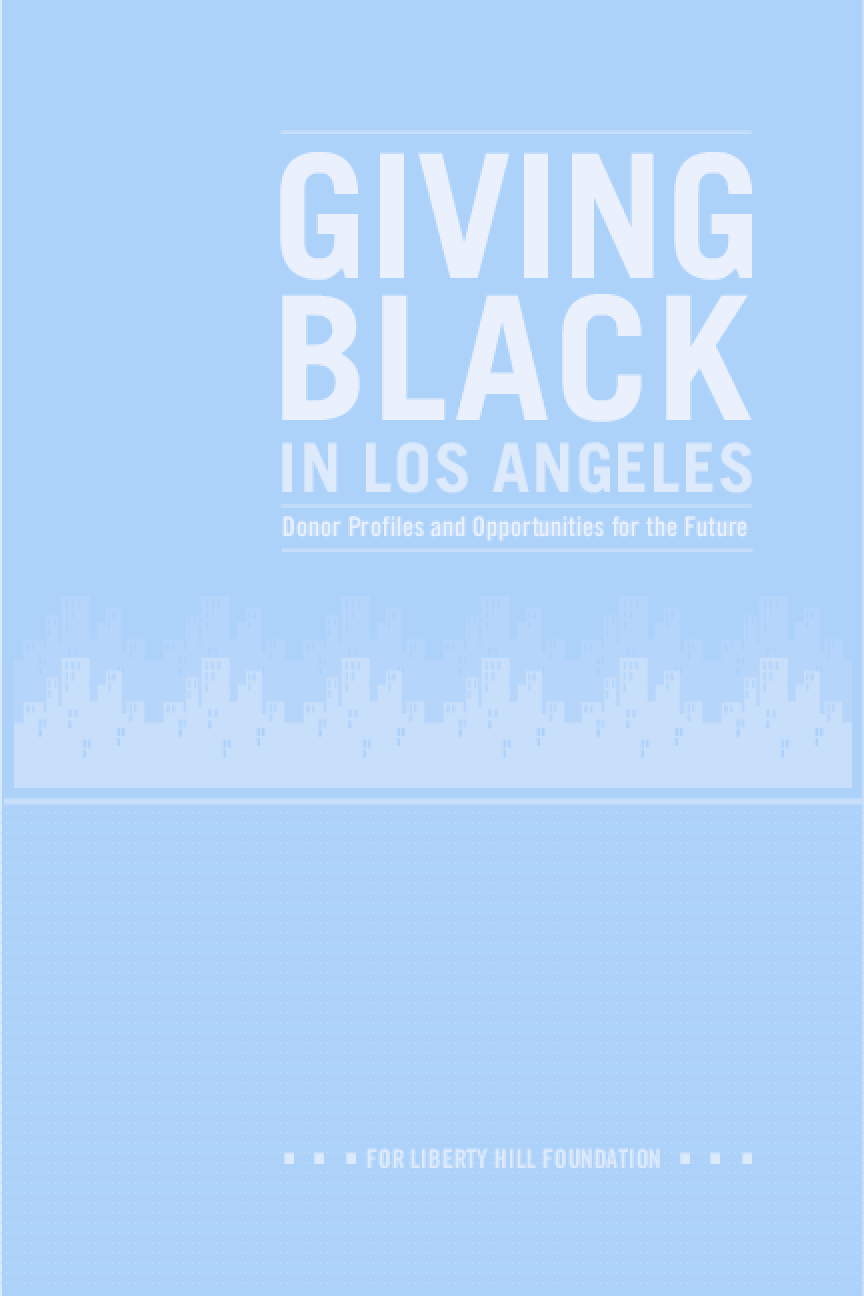