Gloomy Days, but a Ray of Hope, for Working Oregonians

Labor Day is an appropriate moment to reflect on the state of Oregon workers. This year's holiday takes place as the nation continues to struggle with the effects of the worst economic downturn since the Great Depression. Not surprisingly, for most Oregon workers the state of affairs is a tough one. In particular:

Income inequality -- the gap separating the wealthy from the rest -- remains wide, despite drops in income across the wage scale. The average annual income of the wealthiest 1 percent of Oregon households dropped in 2008, falling 29 percent from the 2007 peak of a little over $1 million. Average income for the typical (median) Oregon household fell 3 percent, from $32,336 in 2007 to $31,243 in 2008.

Jobs are expected to remain scarce over the next few years, making it hard for workers to demand better wages. In 2010, Oregon is projected to have 65 jobs available for every 100 working-age Oregonians. That is well below the level of jobs available in 2000, at the peak of the economic cycle of the 1990s. Oregon will not regain the level of jobs per worker seen in 2003 -- the worst year of the 2001-03 recession -- until 2015.

Corporations have also felt the effects of the downturn, although they were cushioned by rapid jumps in profits and income prior to the recession. OCPP estimates that corporate profits in Oregon were about $15 billion in 2009, essentially the same level as in 2008. But amid this gloomy scenario, there is one ray of hope for Oregon workers: unionization appears to be holding up better in Oregon than in the nation as a whole. Last year, 17 percent of Oregon's workforce belonged to a union, the third year in a row that the state has seen an uptick in unionization rates. Recent data demonstrate that unions have played a key role in raising wages and benefits, particularly for low-income workers. And research shows that all workers, not just union members, benefit from the union gains. As Oregon workers confront the toughest economic challenges in over 70 years, they should welcome a stronger union voice. 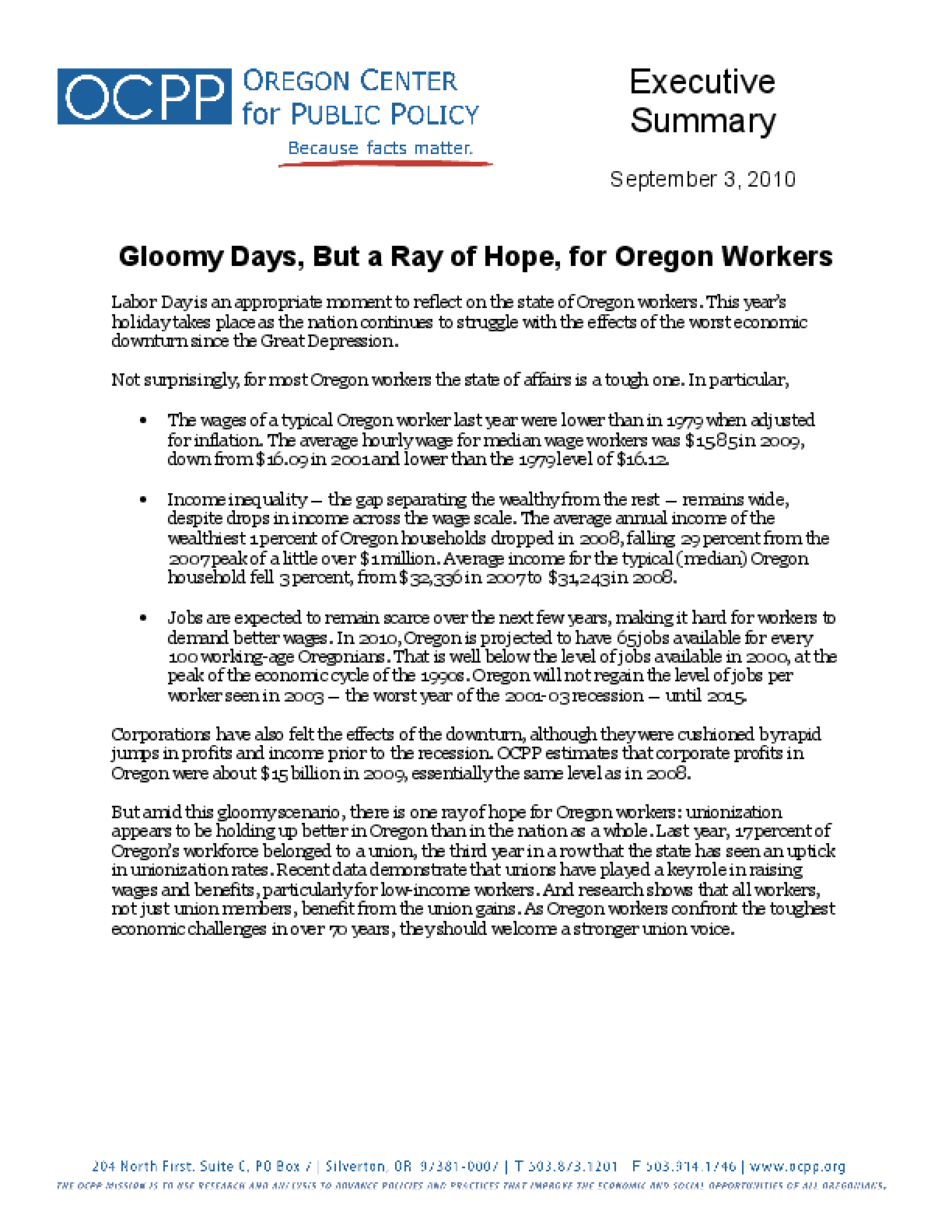