This report examines how the NRA successfully both created the identity of the American law-abiding gun owner and vilified those in government, civil society, and academia working to reform gun laws to reduce firearm-related tragedies. It then illustrates the ways in which nondemocratic leaders construct narratives to secure political power, and how these tactics compare to the messaging strategy deployed by the NRA. By analyzing the messaging tactics used by NRA leadership and paid NRATV hosts, this report shows how the NRA has a specific strategy designed both to control the debate around guns and to influence legislators and policymakers to prevent the implementation of common-sense legislation focused on public safety. This report dissects the NRA's messaging approach and provides examples of the group's rhetoric in order to depict how the organization is mimicking the tactics of autocrats and demagogues. 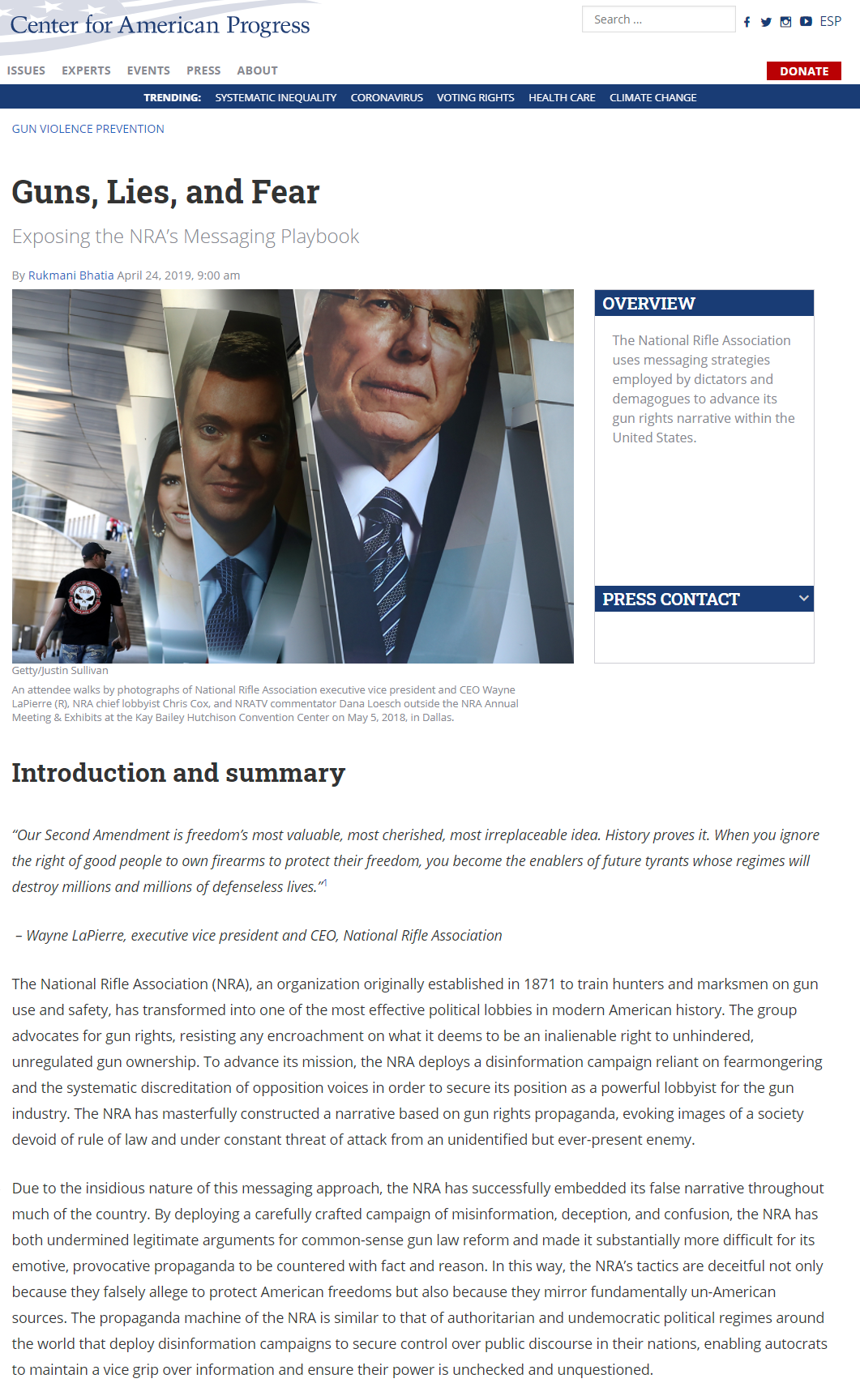