Harmonization Handbook: Accountable Governance in the Era of Globalization: The WTO, NAFTA, and International Harmonization of Standards

Over the past two decades, new international trade and investment rules of unprecedented scope and power, coupled with massive changes in business practices and organization, have resulted in an astonishing transformation of economic and social policy around the world. This new arrangement is often labeled "economic globalization." However, in addition to its economic consequences, globalization has a major effect on domestic governance, and thus on public health, economic development, and social and environmental policy. Harmonization is the name given to efforts to reconcile product standards and other regulatory policies adopted by the United States with standards and policies in other nations to create uniform international standards. Unfortunately, many international standards have been developed by industry dominated groups, and harmonization has been promoted by international corporations as a means to undermine health and safety regulation. 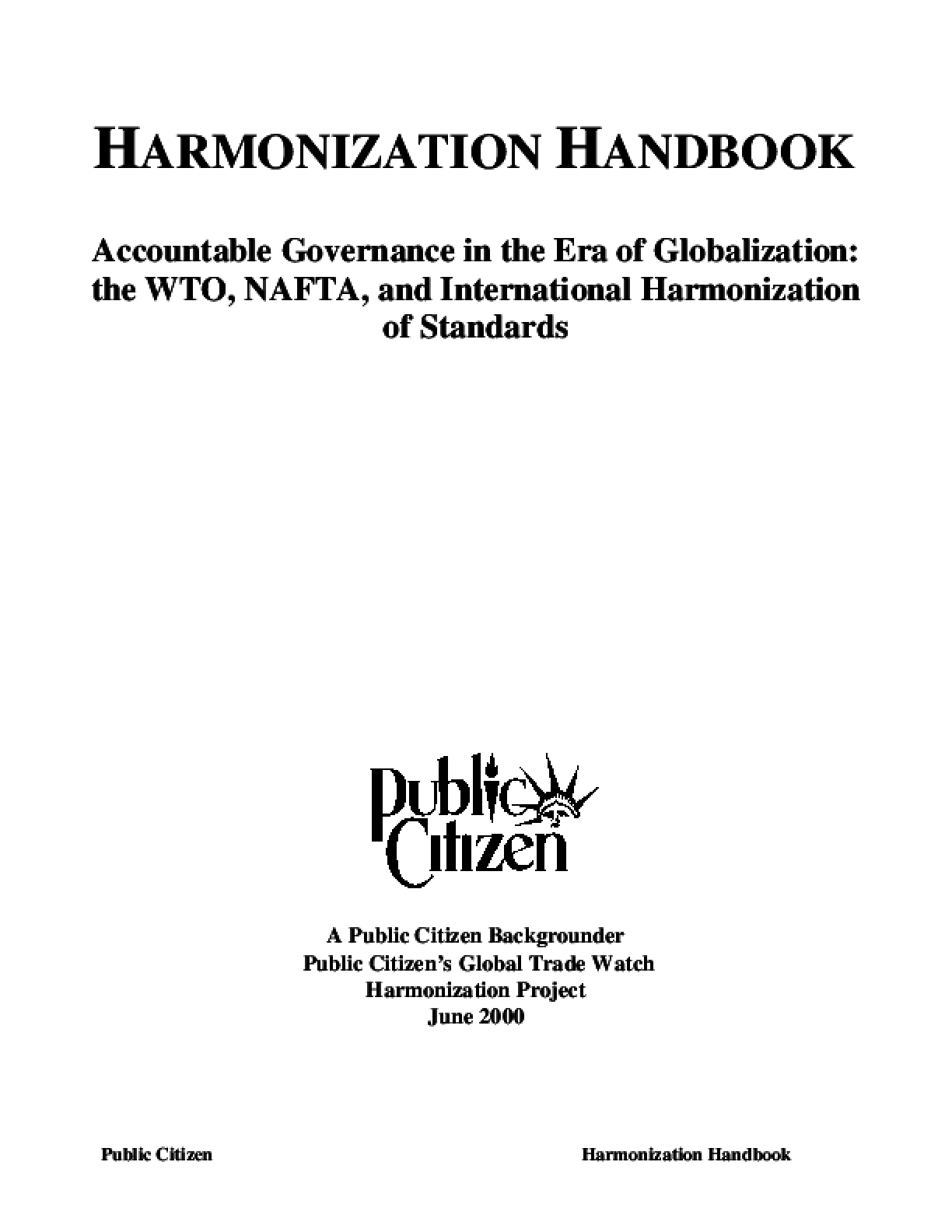