In an effort to document health disparities for racial and ethnic groups in Missouri, the Missouri Foundation for Health (MFH) commissioned the Missouri Department of Health and Senior Services to assemble data on the state's African American population. Similar reports were compiled in 2004 and 2009 and presented findings on health disparities between Missouri's African American and white populations for key indicators. This current publication provides an update to the previous reports. Where possible, the current publication makes comparisons between recent and past rates and ratios to illustrate where progress has been made and challenges that may lie ahead. The most current data available at the time of writing were used whenever possible. In the 2009 report, that was often data from the 2006 time period. In this report, the most current data are usually from 2010. This report uses bridged-race definitions, in which each person is assigned to a single race group. (Bridged-race definitions do not include a multi-race option). It provides data on African American and white populations regardless of ethnicity (e.g., the white definition includes both non-Hispanic and Hispanic white persons). This is consistent with the data presented in the 2009 report. 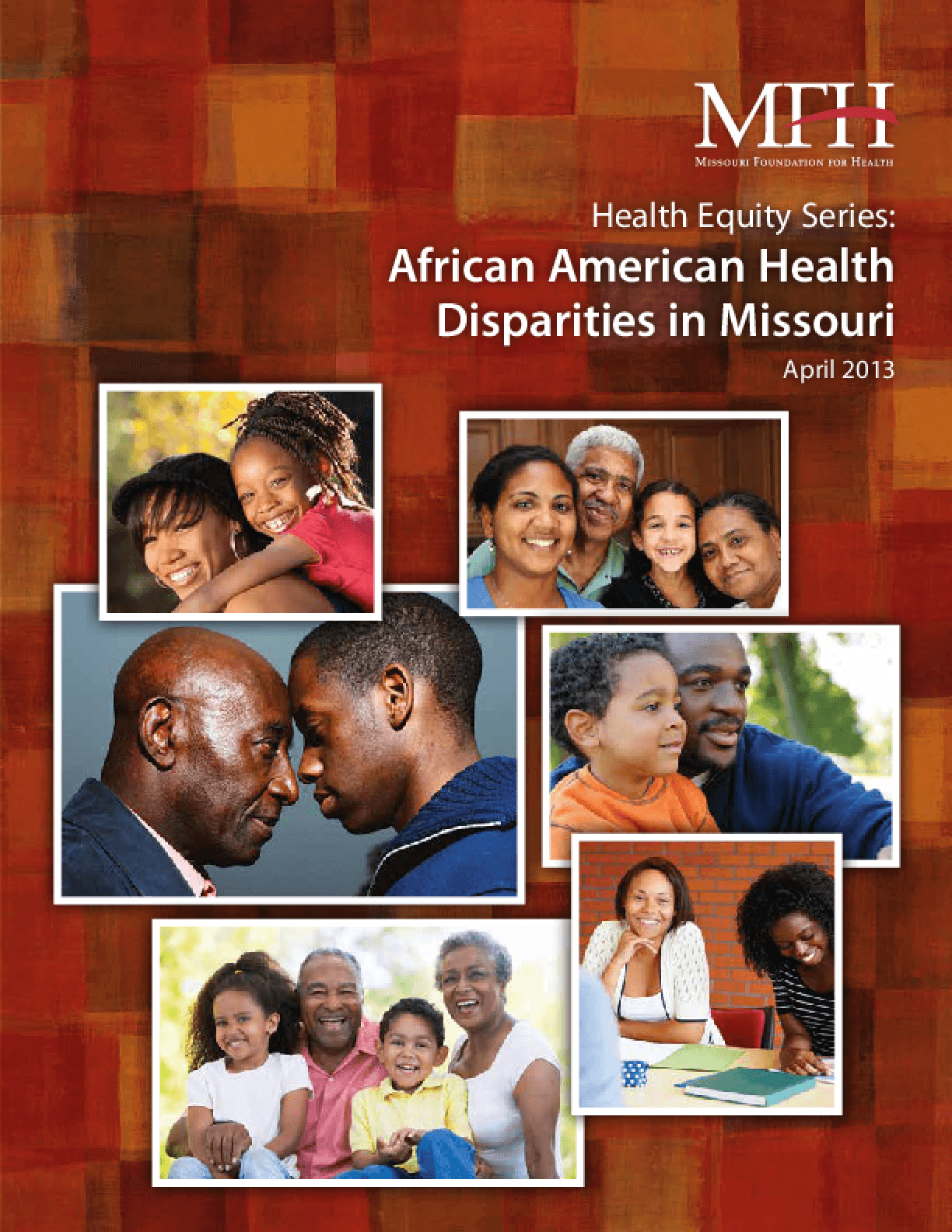