In an effort to document health disparities among racial and ethnic groups in Missouri, the Missouri Foundation for Health (MFH) commissioned the Missouri Department of Health and Senior Services to assemble data on Missouri's Hispanic population. The purpose of this publication is to report on key health indicators that highlight health disparities between Missouri's Hispanic population and the white and African American populations. It provides an update to a similar report published in 2009 and where possible makes comparisons between the rates and ratios of today and those of the prior report in order to illustrate where progress has been made and what challenges may lay ahead for Missouri. In both reports, the most current data available at the time of writing were used whenever possible. For the 2009 report, that was often data from the 2006 time period. In this report, the most current data are usually from 2010.


In this report, when possible, the Hispanic population is compared to the non-Hispanic white and non-Hispanic African American populations. This is a departure from the 2009 report, which compared Hispanic rates to the entire white and African American populations (including Hispanic whites and Hispanic African Americans). Any comparisons made in this book between the two different time periods use the more recent definitions for race/ethnicity. Additionally, this report uses bridged race definitions, for which each person is assigned a primary race group and multi-race options are not allowed. As in previous reports, only Missouri resident data are included in all rate calculations.


For some data systems, there is strong evidence suggesting that Hispanic data are underreported. This is most notable in the death section, where an alternative method for evaluating rates has been implemented. Low rates for Hispanics in the Emergency Room and Injury chapters also indicate the possibility of underreporting. Readers may find a companion publication, "Health Equity Series: African American Health Disparities in Missouri", to be of interest. 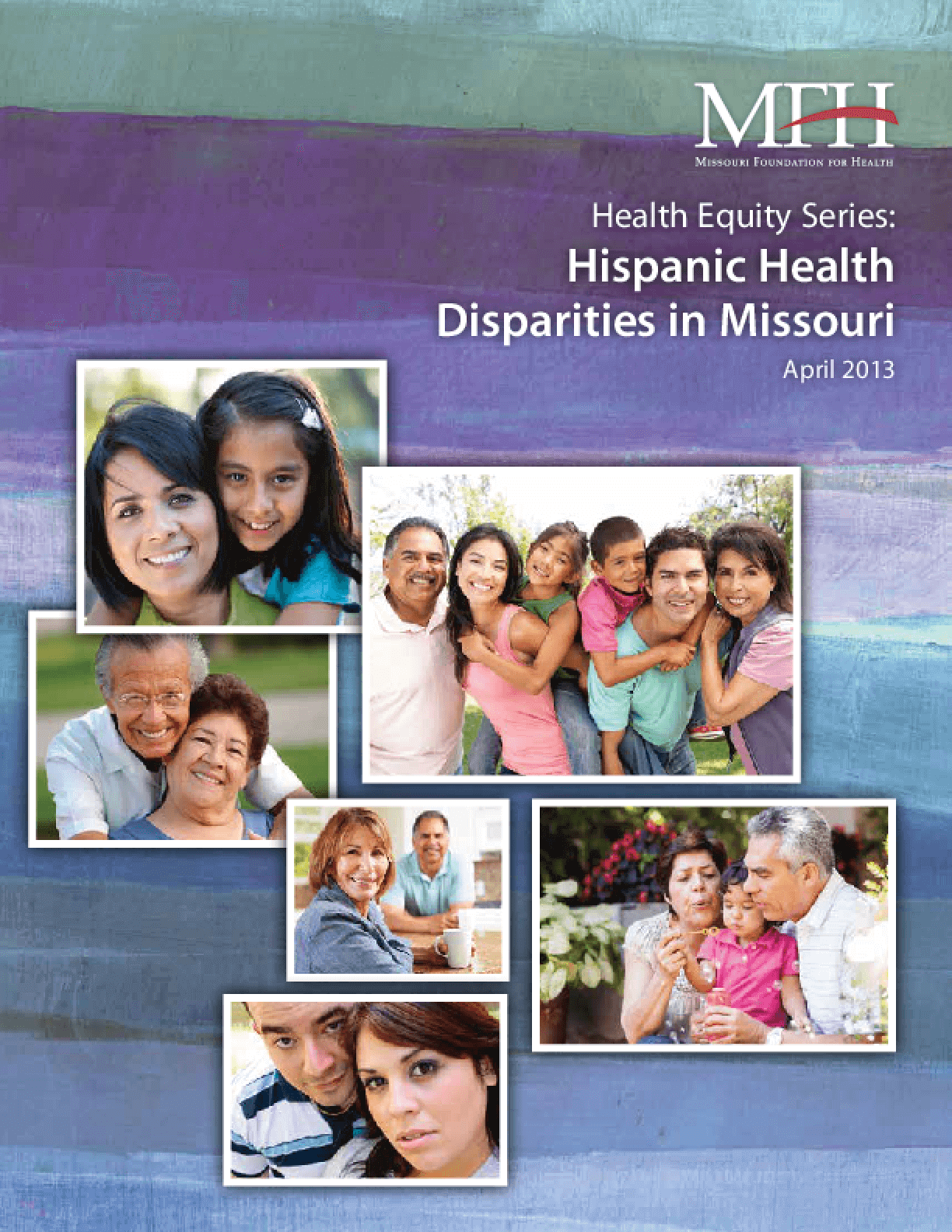