In the last few decades, the United States has seen a steady increase in the prevalence of obesity. Several national, regional, and local funding efforts have launched in response to the rising obesity rates. The Missouri Foundation for Health (MFH) established the Healthy & Active Communities (H&AC) Initiative in 2005 and has invested over $20 million to support H&AC projects. To date, H&AC projects have conducted activities in 62% of the counties in Missouri, and the City of St. Louis. In line with the national trend, statewide obesity rates continue to rise, signaling a need for a continued focus on obesity prevention in Missouri. However, in the five years since H&AC efforts began (2005-2010), the proportion of Missourians that are overweight or obese has increased at a slower rate.

This report is an evaluation of these efforts. 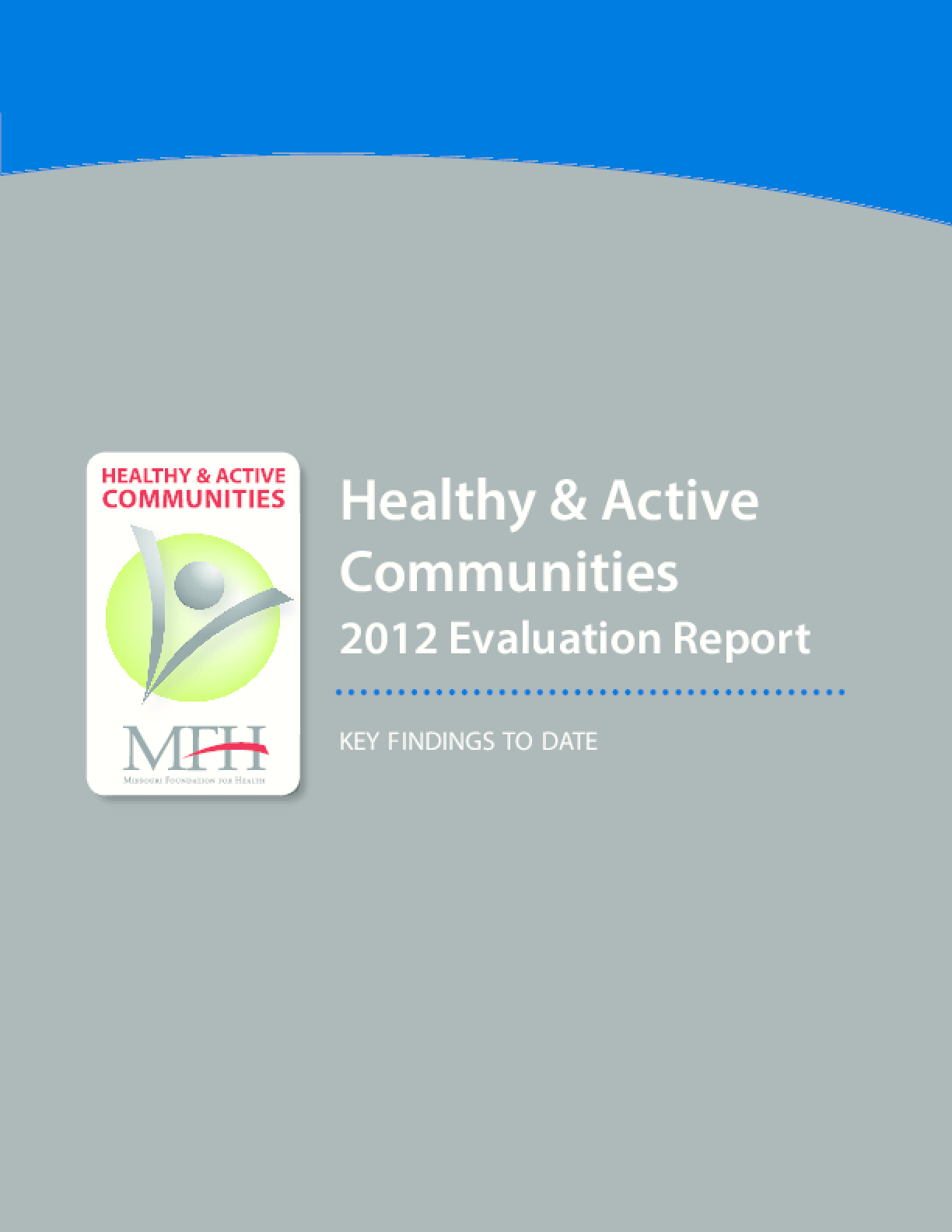