Most economists agree that immigration boosts productivity, raises the Gross Domestic Product (GDP), and prevents labor shortages. In 2016, one in six workers in the United States was an immigrant. These immigrant workers finance a major share of Old Age, Survivors and Disability Insurance (OASDI) payroll taxes that fund Social Security. The restrictionist Reforming American Immigration for Strong Employment (RAISE) Act proposed in 2017 would halve the number of green cards granted yearly and change the criteria for awarding them, moving from a largely family-based system to an employment-based one. The bill aims to raise wages for American workers and promote economic growth. In How Might Restricting Immigration Affect Social Security's Finances, the Urban Institute analyzes the proposed bill and concludes that the RAISE Act would shrink the number of workers by two million workers by 2030 and 8 million by 2070. As a result, it would weaken Social Security finances by reducing OASDI payroll tax revenues. Over a 75-year period, the RAISE Act would increase Social Security's unfunded obligations from $11.6 trillion to $13.1 trillion. Additional analysis finds that restricting immigration would reduce GDP and have only marginal impact on American wages (no more than 0.16 to 0.23 percent). The authors warn that policymakers should reconsider supporting legislation such as the RAISE Act as it would exacerbate Social Security's financial problems and do little to improve the wages of the U.S.-born. 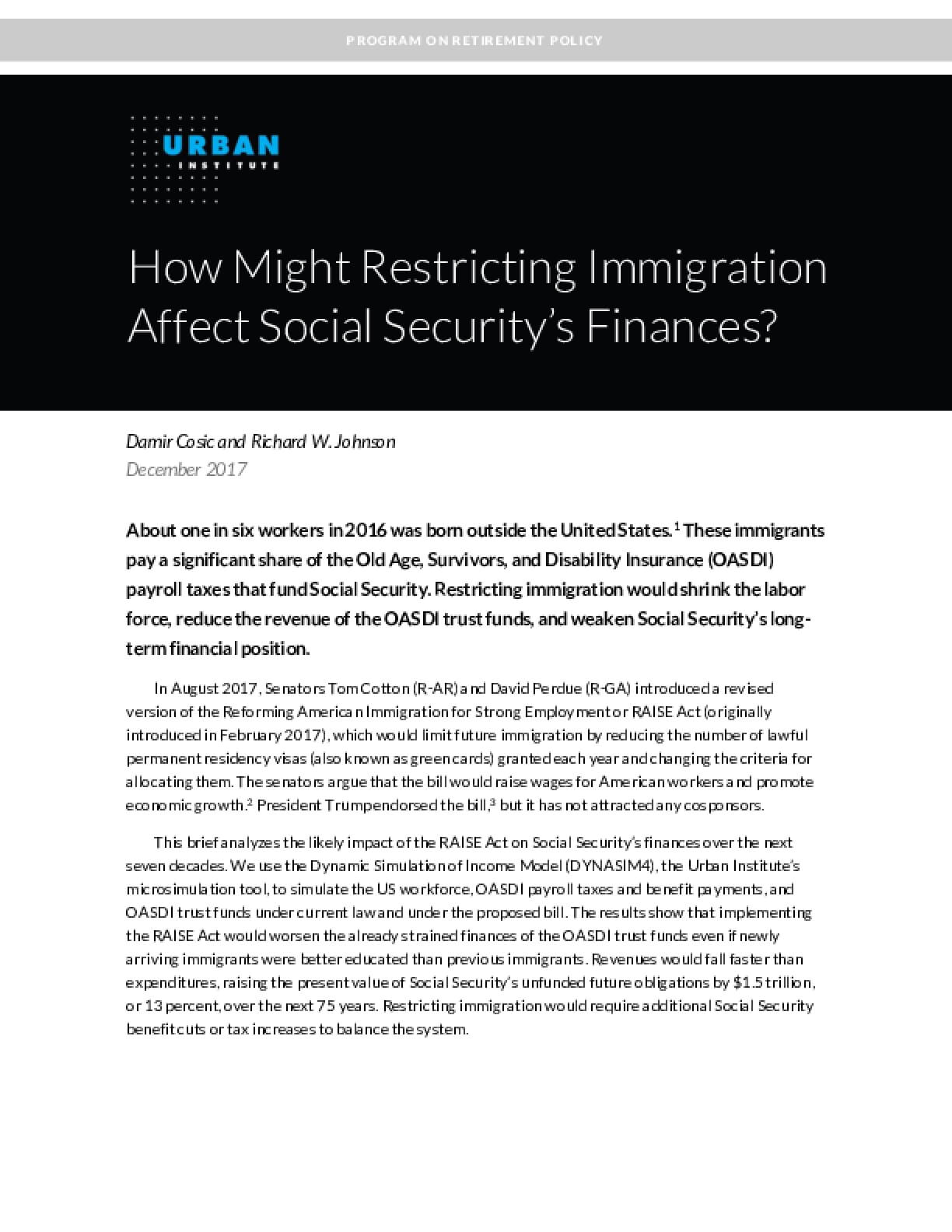