Millions of people in Illinois experience poverty or are living on the brink. That societal position keeps opportunities out of reach and nearly guarantees worse outcomes in every quality of life domain—making ALL of us worse off.

This fact sheet on poverty, income, and health insurance coverage in Illinois and the Chicago region, was created using the Census Bureau's release of local American Community Survey data.

The poverty rate for the United States was 12.3% in 2017. There were 39.7 million people in poverty nationwide. The poverty rate is not significantly different from the pre-recession level of 12.5% in 2007. In 2017, 1.6 million Illinoisans were in poverty ─ a rate of 12.6%. Additionally, 2.0 million Illinoisans are near poor and economically insecure with incomes between 100% and 199% of the federal poverty threshold. 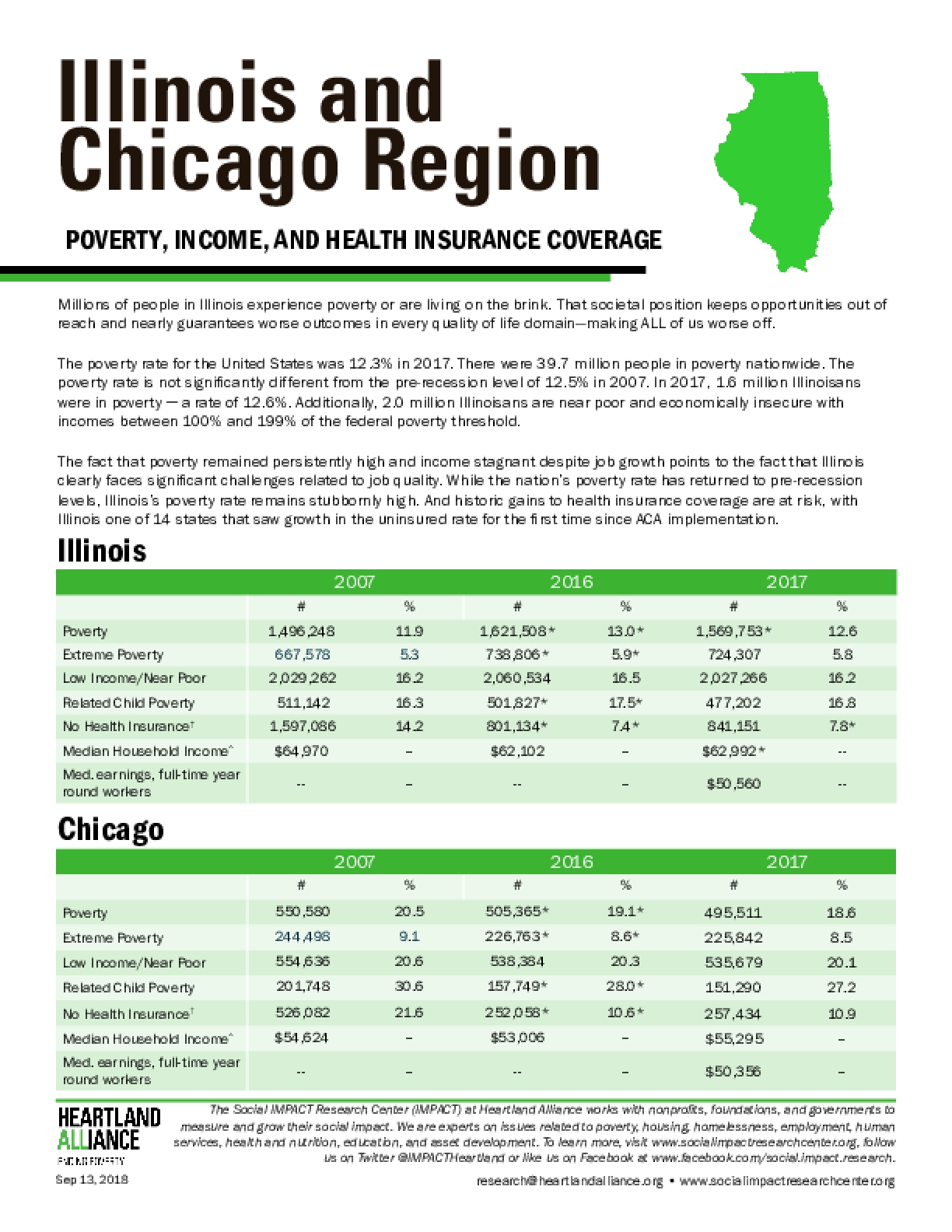