A building block of American democracy is the idea that as citizens, we have a right to information about how our government works and what it does in our name.

The Freedom of Information Act (FOIA) requires federal agencies to promptly respond to public requests for information unless disclosure of the requested information would harm a protected interest. But implementation of the law since its passage in 1966 has been uneven and inconsistent across federal agencies.

This is the second year we have conducted a very detailed comparative analysis of the performance of the 15 federal agencies that consistently receive the most FOIA requests. Combined, these 15 agencies received over 90 percent of all information requests for each of the last two years. We examined their performance in three key areas:

The number of requests each agency receives, the complexity of the requests, and the number of staff assigned within an agency to process them varies widely and can impact performance.

The results of our analysis: eight out of 15 agencies improved their overall scores this year, and in each of the three performance areas, more agencies received the highest grades (A). But only two agencies improved their FOIA policy guidelines, and processing scores actually declined in eight agencies. Ten of the agencies failed to achieve a satisfactory overall grade.

Fulfilling the promise of full, timely public access to meaningful government information is an ongoing, complex process that requires leadership and commitment. The Obama administration, Congress, and agency leaders need to ensure that agencies have the staff and resources they need to process requests in a timely manner. 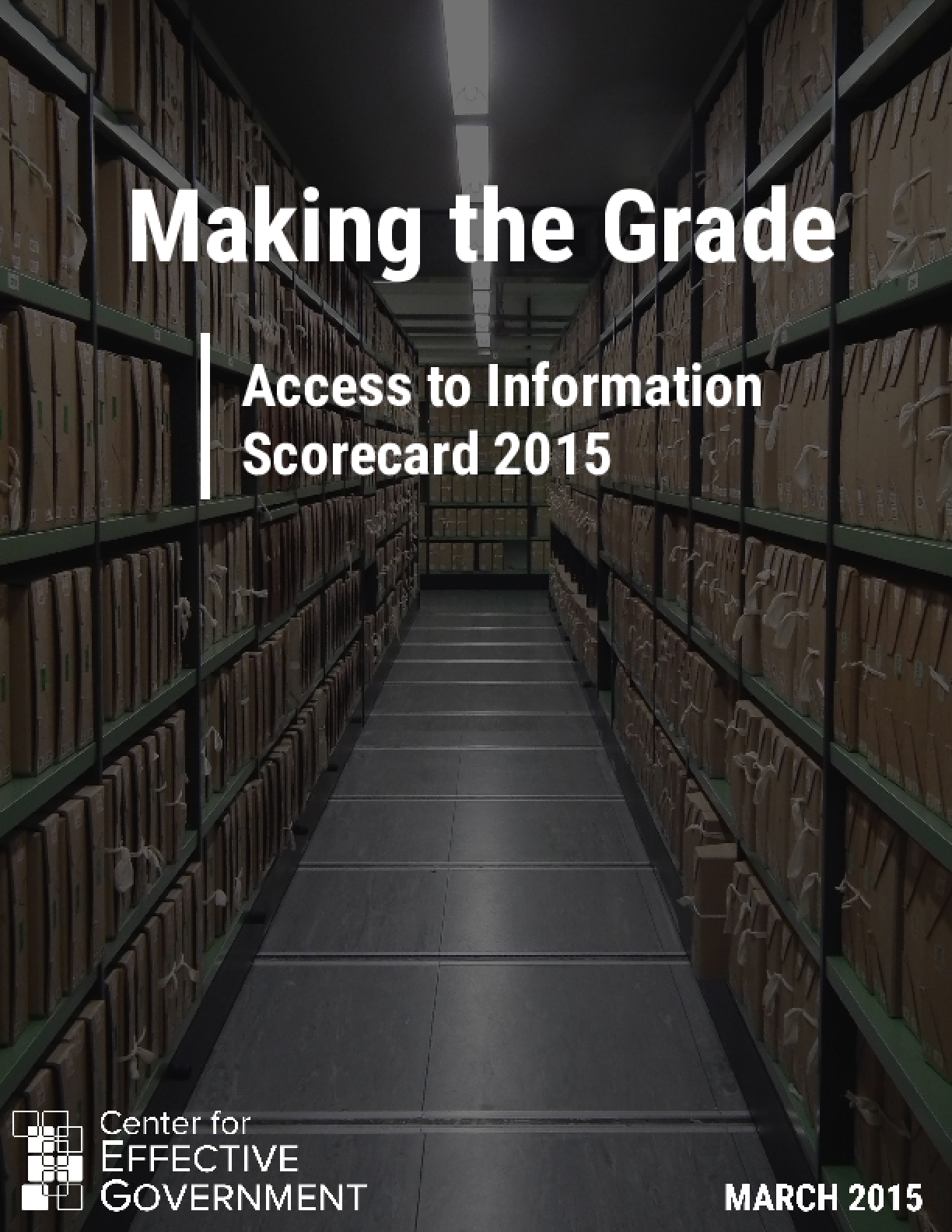