Mothers at the Gate: How a Powerful Family Movement is Transforming the Juvenile Justice System

Mass incarceration is one of the greatest civil rights issues of our time. It's not just millions of adults, but also staggering numbers of children, who are roped into the criminal justice system.

Civil rights battles in the United States have historically been led by those most affected. Now the mothers of incarcerated children are making history.

This report reflects an initial effort to map a movement of family members -- particularly mothers -- that aims to challenge both the conditions in which their loved ones are held and the fact of mass incarceration itself,  and to distill the shared wisdom of its leaders.

Mothers at the Gate, produced with the financial support of the Annie E. Casey Foundation,  looks inside this emerging movement to find first-hand accounts, strategies, and needs of family members in their individual and collective work to transform an unjust juvenile justice system.

"If you want to make change in a community, you go to the women," The New Jim Crow author Michelle Alexander has said. That is what we have done in researching this report.

As a debate about crime and justice that has been a long time in the making gains steam across the country, the nation is beginning to pay attention to the impact of incarceration on families. But even as families struggle to gain visibility, what remains to be told is the story of this growing family-led movement. It is a story of collective struggle in the face of crushing pressure from institutions with nearly unlimited power -- an insistence to be heard at the political as well as the personal level. 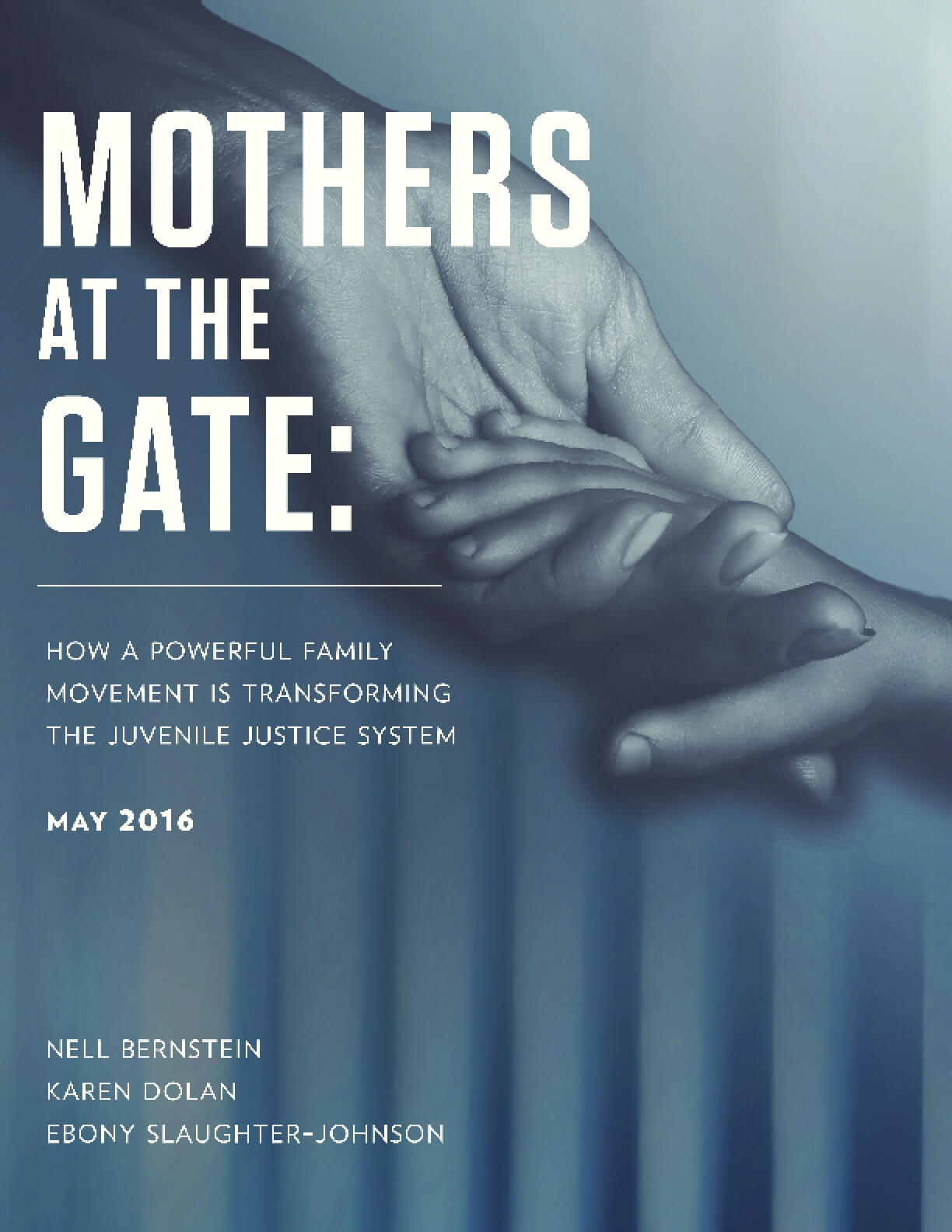