Over the last four years, half a billion dollars in public funds were spent in Philadelphia in the name of workforce development -- helping residents get jobs or skills and employers find workers to sustain or expand their businesses.These services, which include training for workers and recruiting for employers, were funded largely by federal and state dollars at an annual cost that ranged from $118 million to $134 million. All of these services were free of charge to workers; most were free to employers. Had these efforts been part of city government last year, and they were not, they would have constituted its fifth biggest department, surpassed only by police, fire, prisons, and human services. Roughly 1 in 10 workingage Philadelphians have sought help at a workforce development center on an annual basis.


Behind this system have been two nonprofit organizations, the Philadelphia Workforce Development Corporation, which allocates most of the money, and the Philadelphia Workforce Investment Board Inc., which sets general strategy. Both are led by city appointees and are accountable to state funding agencies. For years, the performance of the two organizations received little attention from local elected officials, and their complicated division of roles sometimes led to confusion and impasses. In recent years, unpublicized state audits have found isolated problems with their financial controls.


That structure is now being changed, and a new strategy is being implemented. The development corporation and most functions of the investment board are to be combined under a single agency, Philadelphia Works Inc., which will formally take over by June 2012.


This report examines the workforce development system's performance, operations and challenges over the past several years -- hard economic times in which increasing numbers of Philadelphians were looking for work. It is based on extensive interviews, a review of internal audits and reports, and a statistical comparison of the system's performance with that of similar, federally mandated programs in other regions 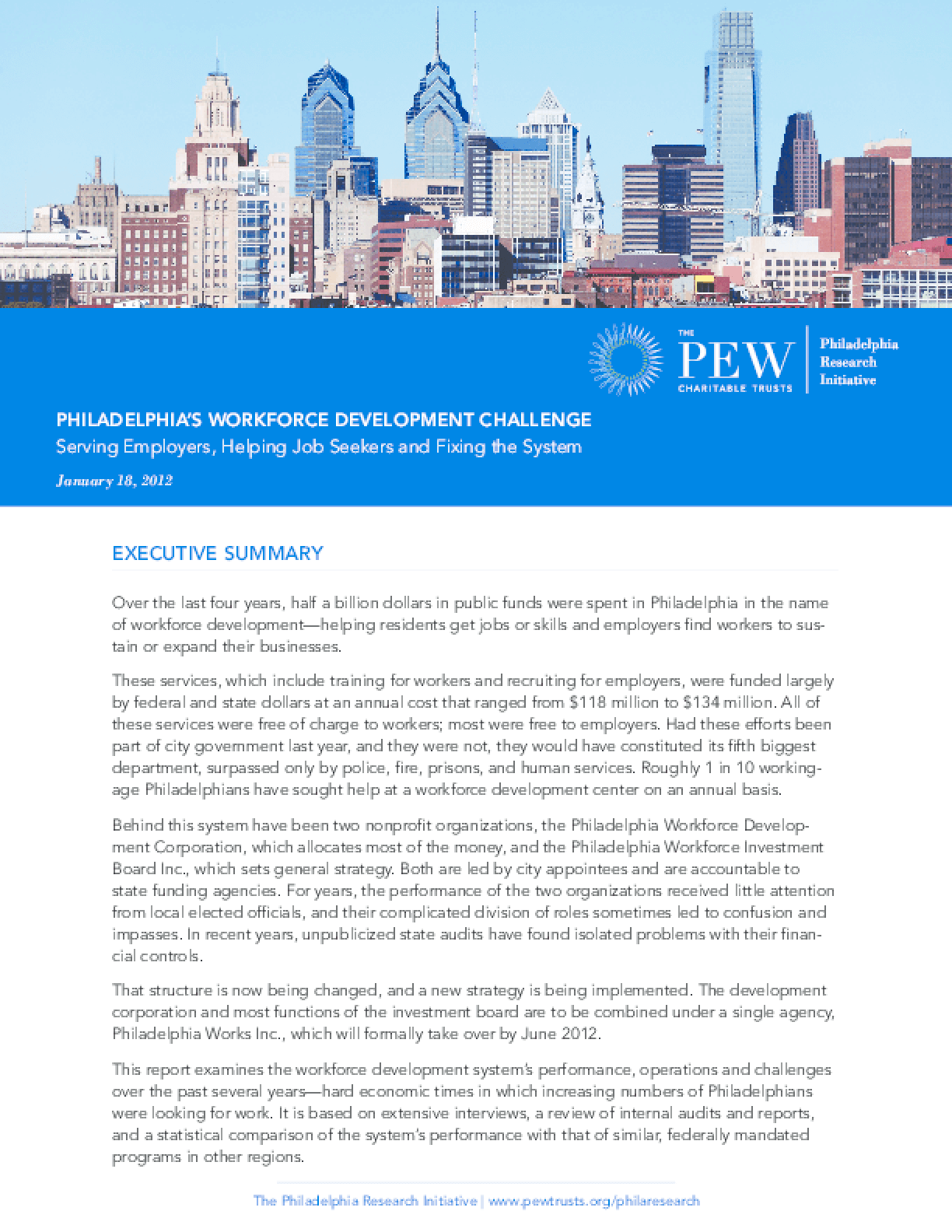