While Minnesota's early childhood (EC) system has many assets, the existing high degree of fragmentation creates resource accessibility problems for both families and providers. Recently, there has been a growing call for a unified voice to facilitate change in Minnesota's early childhood system. This presents an opportunity for an organization like Resources for Child Caring (RCC), a well‐established regional organization, to assume a prominent role in efforts to reform the EC system by becoming an intermediary organization. Becoming an intermediary would provide RCC an opportunity to grow and become a leader in efforts to improve services and outcomes for Minnesota's children.Before taking this path, RCC will need to carefully consider the benefits and consequences of such a change and whether such a move would fit the mission and vision of the organization. To help RCC assess its capacity for growth and to fulfill an intermediary role, we conducted an in‐depth study of the organization's current state, as well as research on the Minnesota early childhood field and existing models of intermediary organizations. This report presents our literature review, organizational audit of current conditions, and organizational gap analysis. 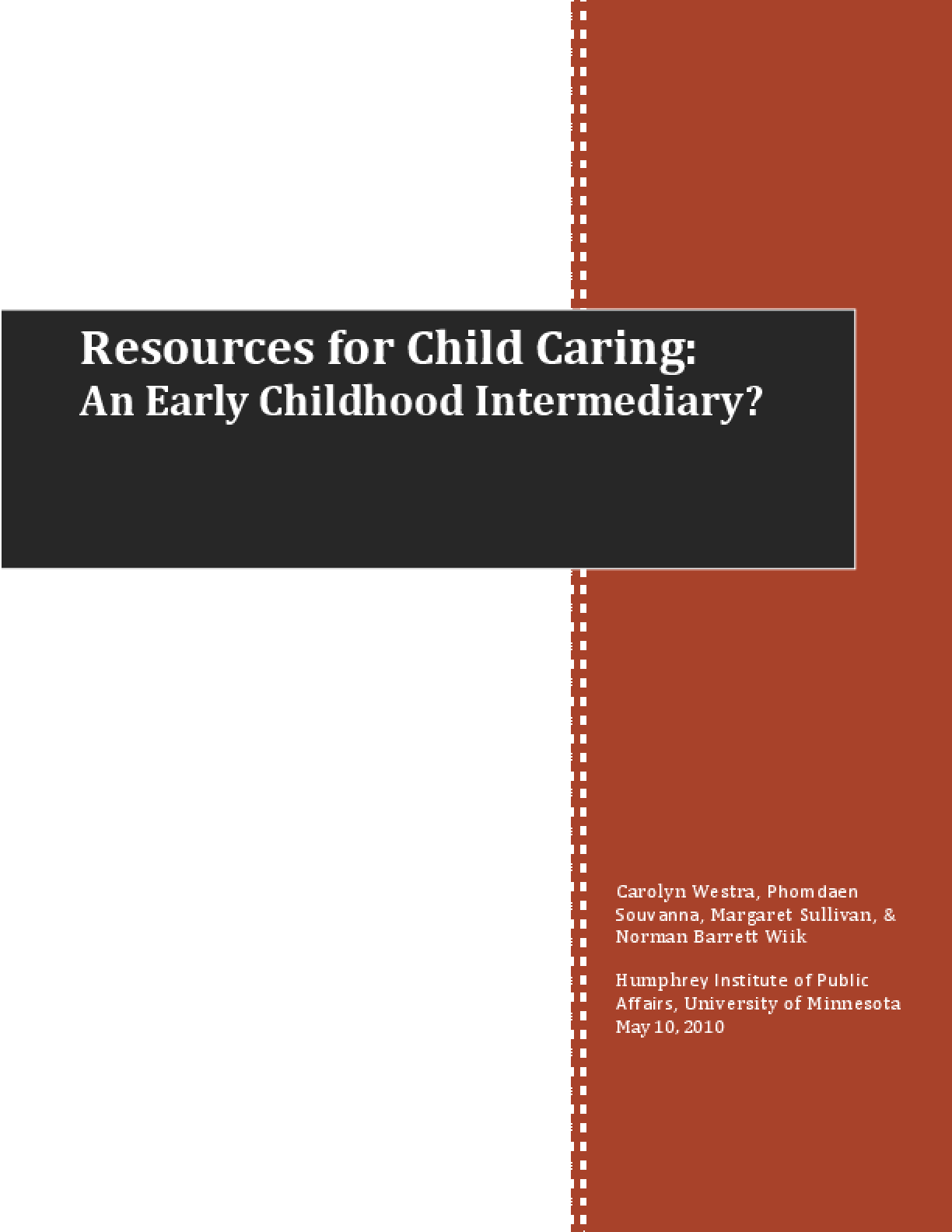