Still Working Hard: An Update on the Share of Older Workers in Physically Demanding Jobs

A recurring theme in debates over Social Security policy is that workers should be encouraged to work later into their lives by raising the age at which they can get full benefits. Implicit in this argument is that most workers are in a situation where they would be able to work to an older age; however, many older workers stop working because they can no longer meet the physical demands of their job.

In 2010, CEPR did an analysis that examined the percentage of older workers (ages 58 and over) who either worked in physically demanding jobs or in difficult work conditions. This paper is an update of that earlier study and is based on data from 2014. 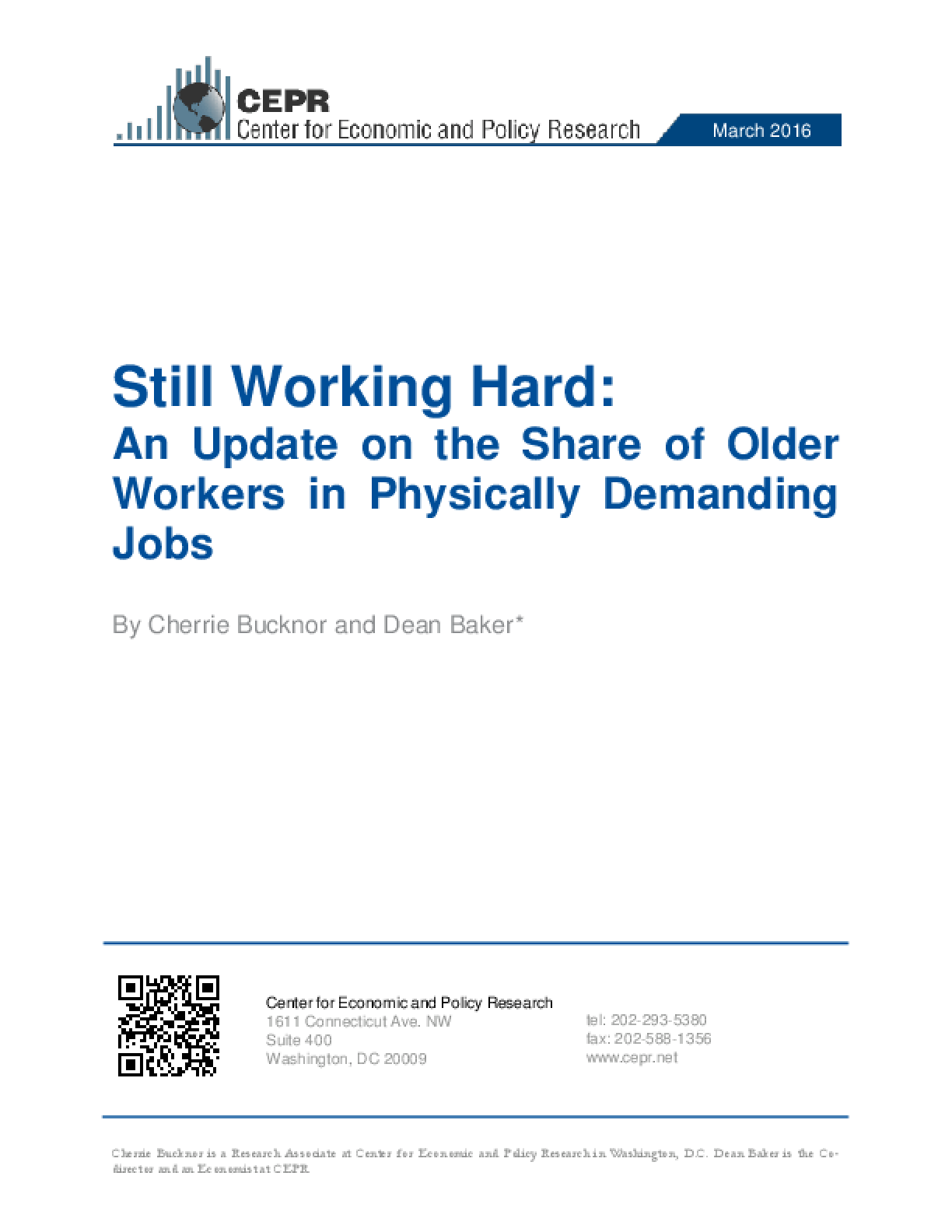