Taxation and FDI In Developed and Developing Countries

In this paper, we first look at an overview of FDI, noting certain differences between developed and developing countries, differences in the composition of FDI within a country, and differences in the geographic origin of inward FDI. We also note differences in FDI incentives between developing and developed countries. We then turn to a discussion of the complicated ways in which FDI incentives can be affected by the international tax systems of both home and host countries. Incentives affecting investment decisions are treated first, followed by a discussion of income shifting incentives. We conclude by summarizing the challenges that lie ahead. 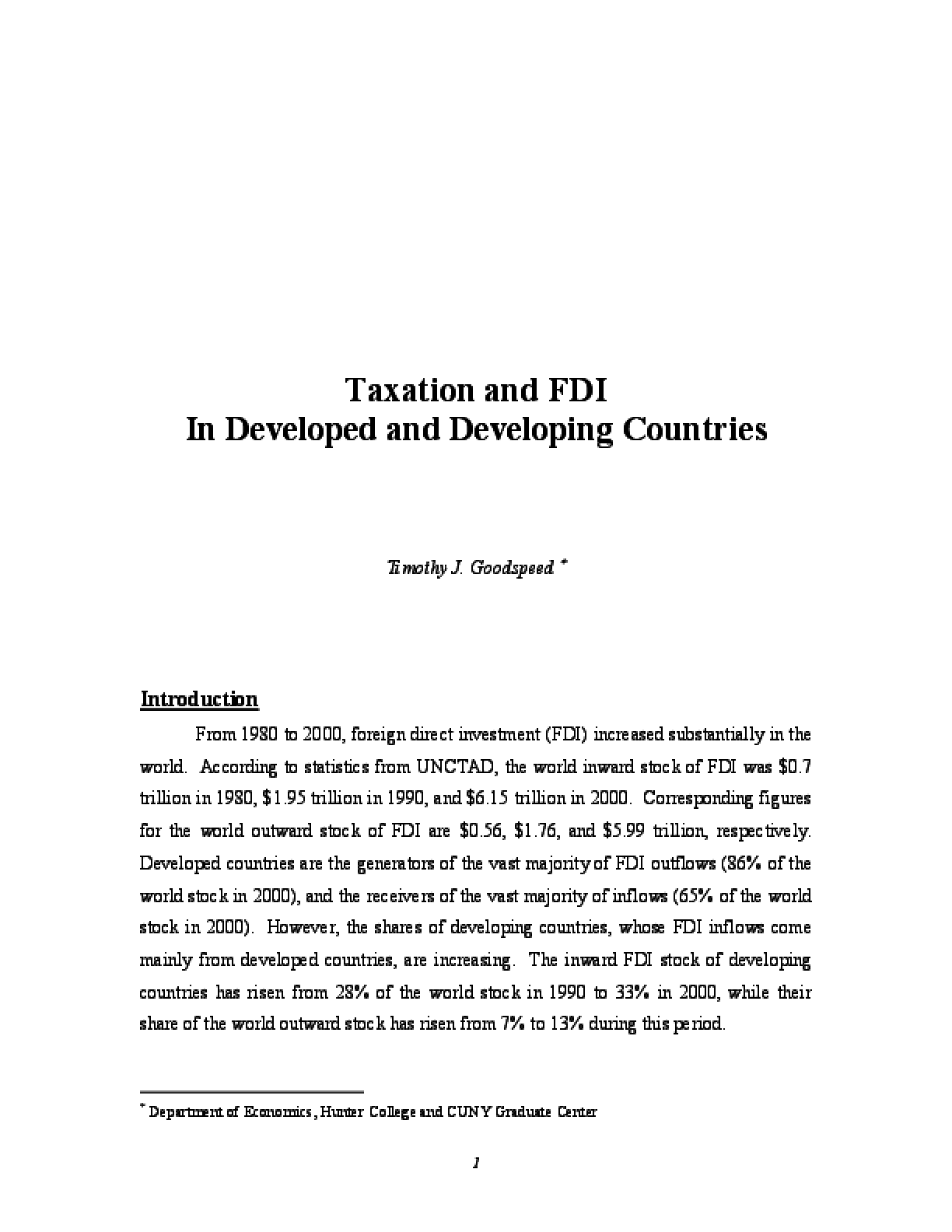