The Genius of Ordinary People: How the Ferguson Collaborative Became the Voice of the Community

by Miriam Nemeth; Thomas B. Harvey

As the nation marks five years since the police killing of teenager Mike Brown and the series of protests known as the Ferguson Uprisings, a group of residents in Ferguson, MO, have been working locally since 2014 to take back their power. They refer to themselves as the Ferguson Collaborative and we are proud to shine a spotlight on our grassroots partner in our new report, "The Genius of Ordinary People: How the Ferguson Collaborative Became the Voice of the Community."

The report, the first from our Justice Project program, examines how a group of Ferguson community members became activists, changing the City's unconstitutional policing and criminal legal system practices. This group of residents and allies have spent the last five years putting the pressure on local and federal policymakers and courts, ousting a court-appointed official, rallying for the dismissal of thousands of municipal court cases and positioning themselves in powerful seats – including the Ferguson City Council. 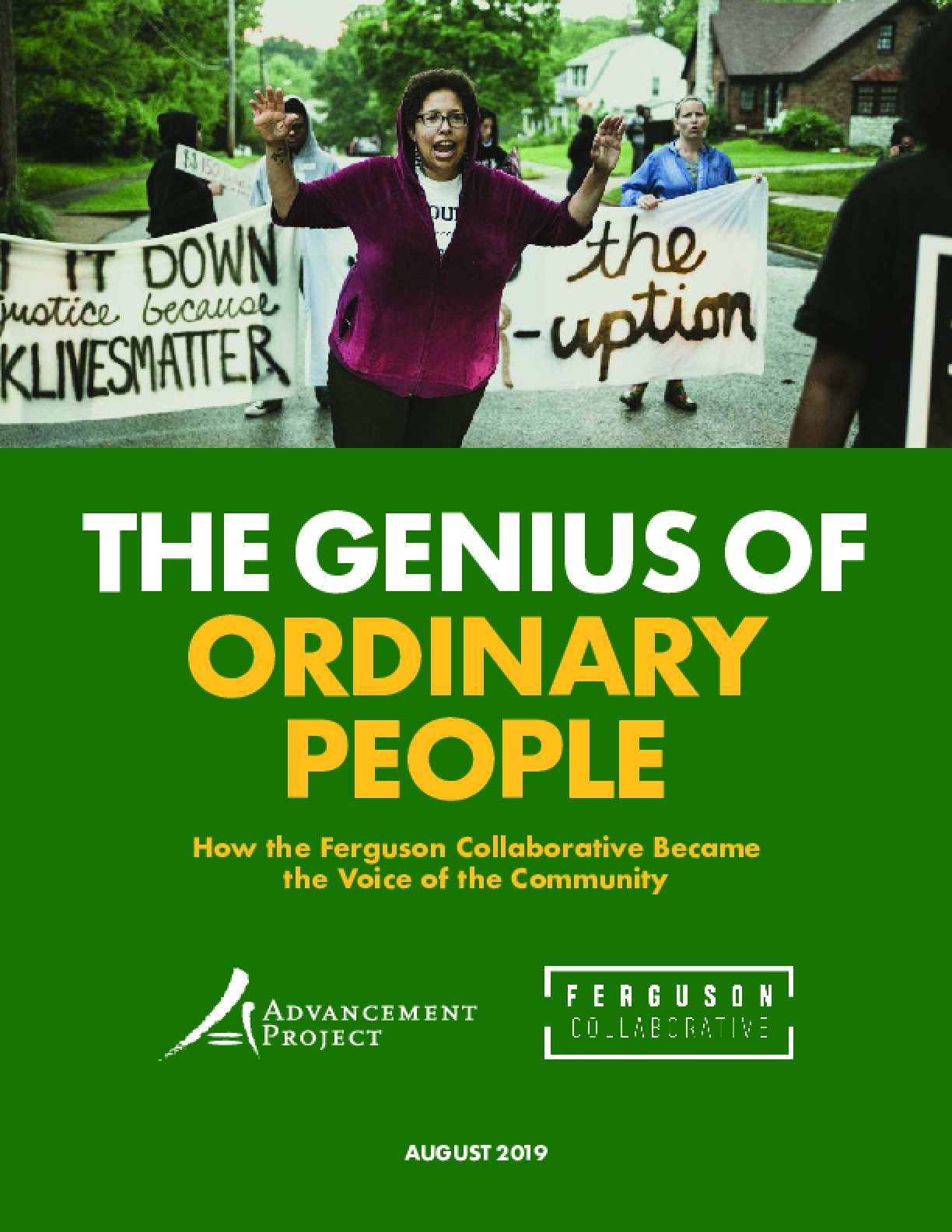