The Price We Pay: Economic Costs of Barriers to Employment for Former Prisoners and People Convicted of Felonies

Despite modest declines in recent years, the large and decades-long blossoming of the prison population ensure that it will take many years before the United States sees a corresponding decrease in the number of former prisoners. Using data from the Bureau of Justice Statistics (BJS), this report estimates that there were between 14 and 15.8 million working-age people with felony convictions in 2014, of whom between 6.1 and 6.9 million were former prisoners. 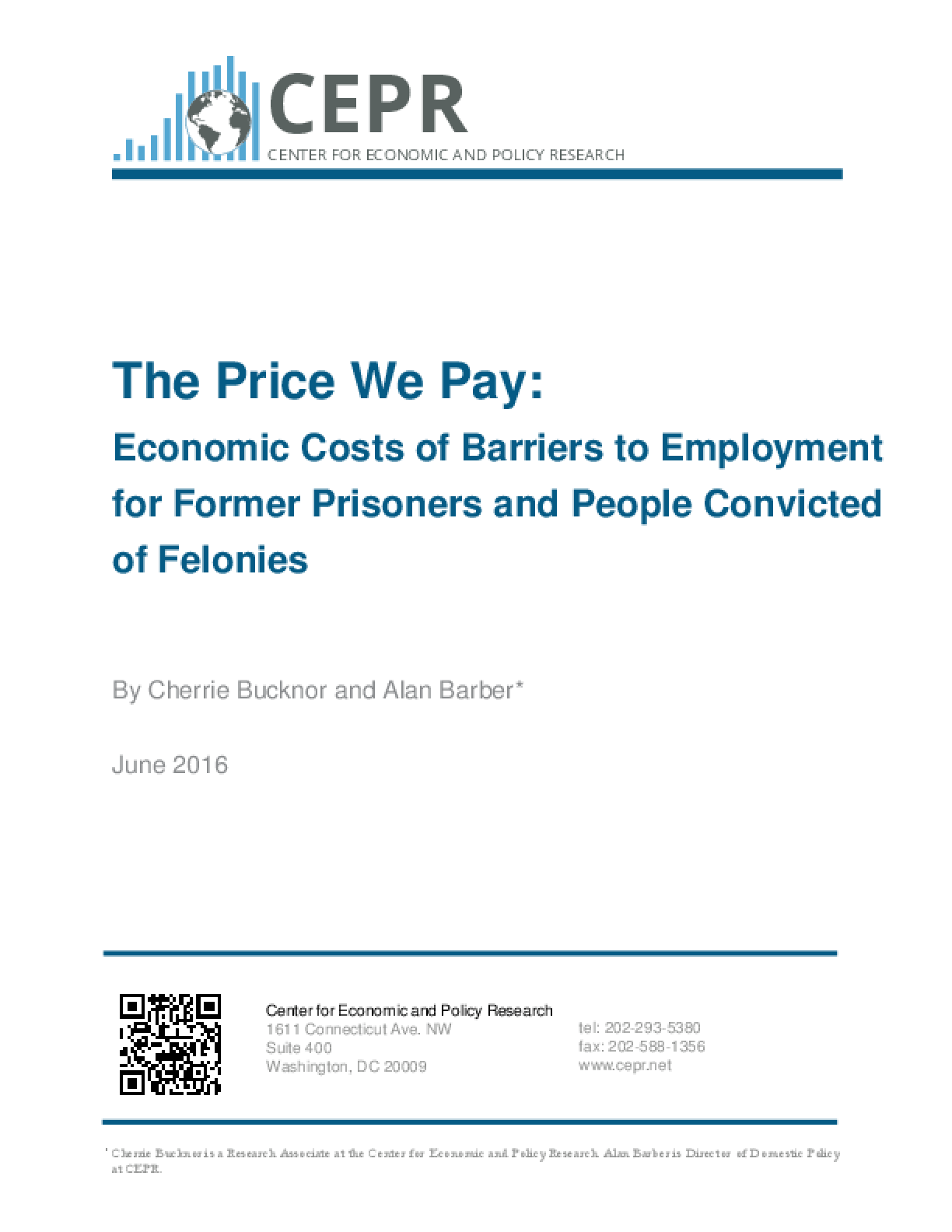