The Public Cost of Low Wages in New York

This report outlines the public cost of New York's Minimum wage. Over the next several years New York State will raise the minimum wage for fast-food workers to $15 per hour; Gov. Andrew Cuomo is now pushing for legislation to extend this to New York workers in all industries. The governor also recently committed to pay all state government workers $15 an hour.

The Labor Center's report on the public cost of jobs paying less than $15 per hour in New York echoes the findings of earlier Labor Center research examining the fiscal impacts of low-wage work in the fast-food and retail sectors, including bank tellers and Wal-Mart employees, and in individual states. Report highlights for the study include: 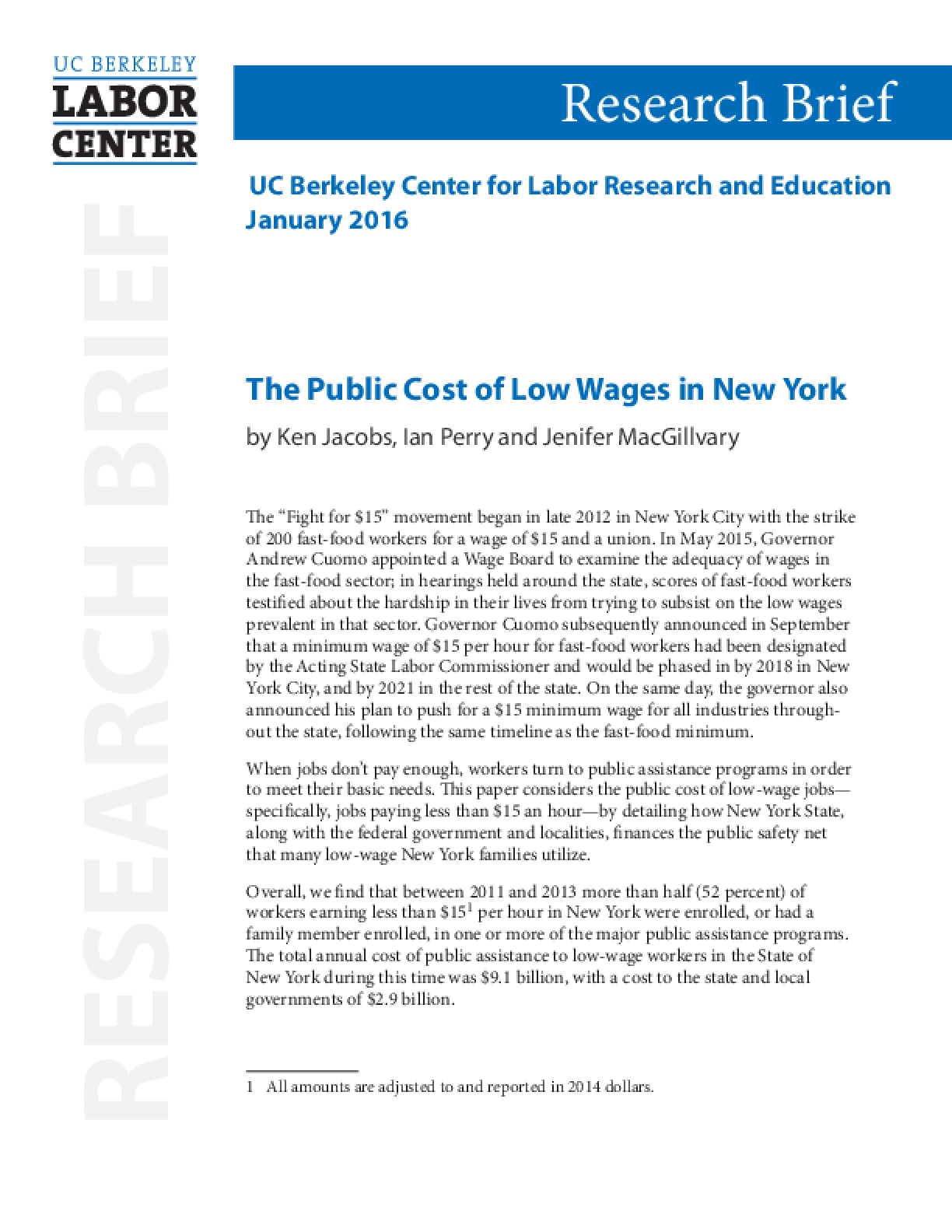