The Syracuse Neighborhood Initiative is a collaborative effort between the City of Syracuse, local and national non-profit organizations, and private sector leaders. This partnership was created in response to an urgent challenge issued by Congressman James Walsh (R-Syracuse) in the summer of 1999 -- a challenge to revitalize distressed neighborhoods in Syracuse and reclaim those of the city's 1,031 vacant buildings that are having the greatest blighting impact on these neighborhoods. The Initiative is a city-wide effort, but is focused on revitalizing seven central-city neighborhoods that have suffered a wave of disinvestment and bear much of the burden of the city's abandoned housing stock.

Viable strategies to address the problem of neighborhood decline in Syracuse must reflect an understanding of local housing market dynamics. The Neighborhood Reinvestment Corporation undertook this market study to help identify the challenges and opportunities that distressed neighborhoods face in today's housing market, and to suggest a course of action that makes sense given current housing market conditions. To accomplish these goals, the study utilized an extensive mix of secondary data sources, as well as primary data generated through a series of interviews with local informants and a survey of over 6,000 households in seven central city neighborhoods that the City of Syracuse has designated as "revitalization areas" for the Neighborhood Initiative. 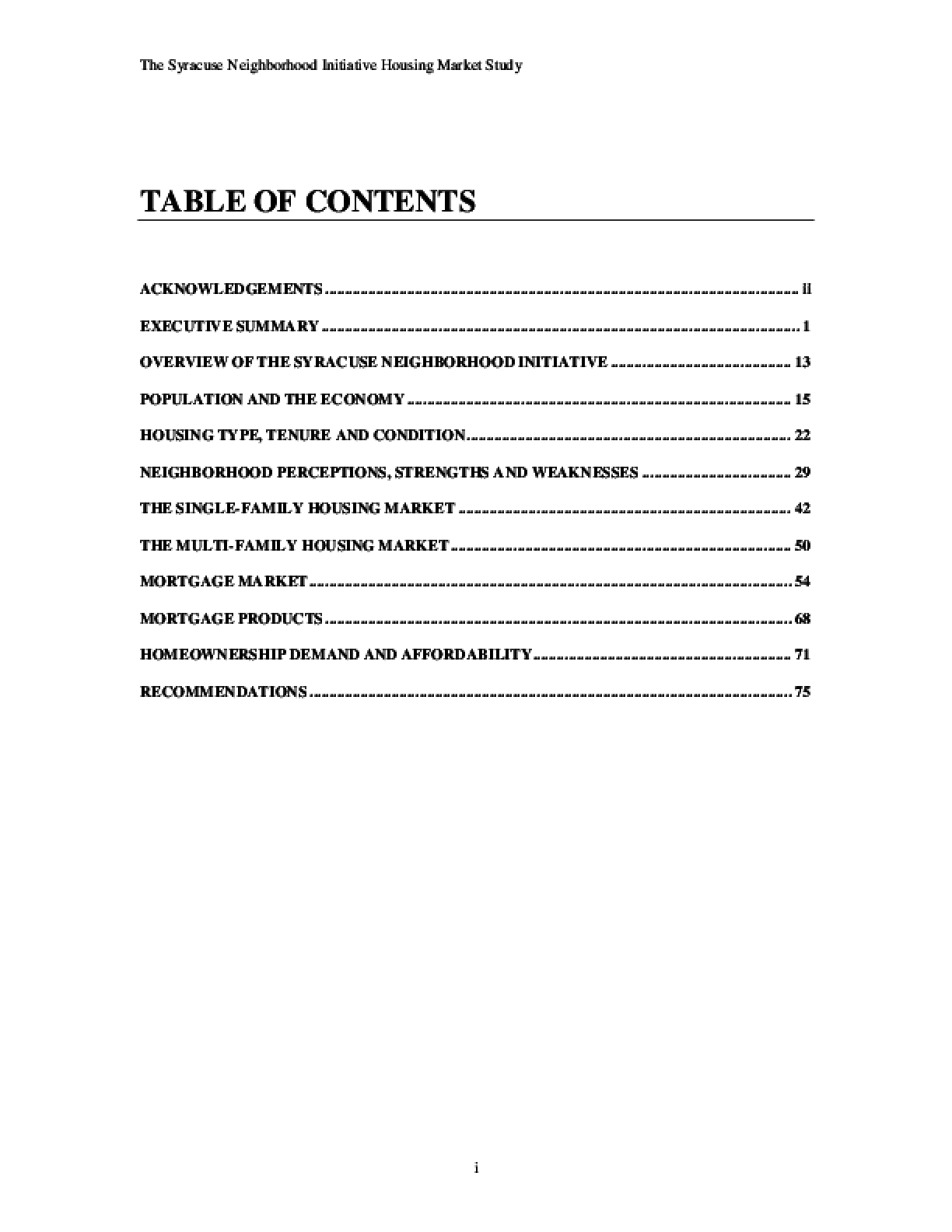