The Tale of Two Retirements: Changing the Rules that Allow Platinum Pensions for CEOs and Increase Retirment Insecurity for the Rest of Us

Retirement benefits for CEOs at corporations have exploded while the rest of Americans struggle to save for retirement.

Just look at this statistic: the 100 largest CEO retirement funds are worth a combined $4.9 billion. That's equal to the entire retirement account savings of 41 percent of American families!

This rising inequality is the result of rules intentionally tipped to reward those already on the highest rungs of the ladder.

While the availability of pension plans for most Americans has dwindled in the last 30 years, more than half of Fortune 500 CEOs receive company-sponsored pension plans. Their firms are allowed to deduct the cost of these plans from their taxes, even if they have cut worker pensions or never offered them at all.

Seventy-three percent of Fortune 500 firms have also set up special tax-deferred compensation accounts for their executives. These are similar to the 401(k) plans that some Americans receive through their employers. But ordinary workers face strict limits on how much pre-tax income they can invest each year in these plans, while top executives do not. These privileged few are free to shelter unlimited amounts of compensation in their retirement pots, where their money can grow, tax-free, until they retire and start spending it.

New analysis by the Government Accountability Office shows that 29 percent of workers approaching retirement (aged 50-65) have neither a pension nor retirement savings in a 401(k) or Individual Retirement Account (IRA).

According to a study by the Schwartz Center for Economic Policy Research at the New School, 55 percent of those aged 50-64 will be forced to rely almost solely on Social Security (which averages $1,233 a month).

Younger Americans face a particularly difficult time saving for retirement. More than half of millennials have not yet begun to save for retirement, as they lack access to good jobs, and have staggering amounts of student loan debt. Americans under 40 today have saved 7 percent less for retirement than people in that age group were able to save in 1983.

The lavish retirement packages for executives and growing retirement insecurity for the rest of us are inextricably linked. The rules now in place create powerful incentives to slash worker retirement benefits as a way of boosting corporate profits and stock prices. And since more than half of executive compensation is tied to the company's stock price, every dollar not spent on employee retirement security is money in the CEO's pocket.

Despite these grim findings, it's clear that we can rewrite the rules that have been rigged against the middle class for the last 30 years. Together, we can change this and allow for all Americans to be able to retire with dignity. 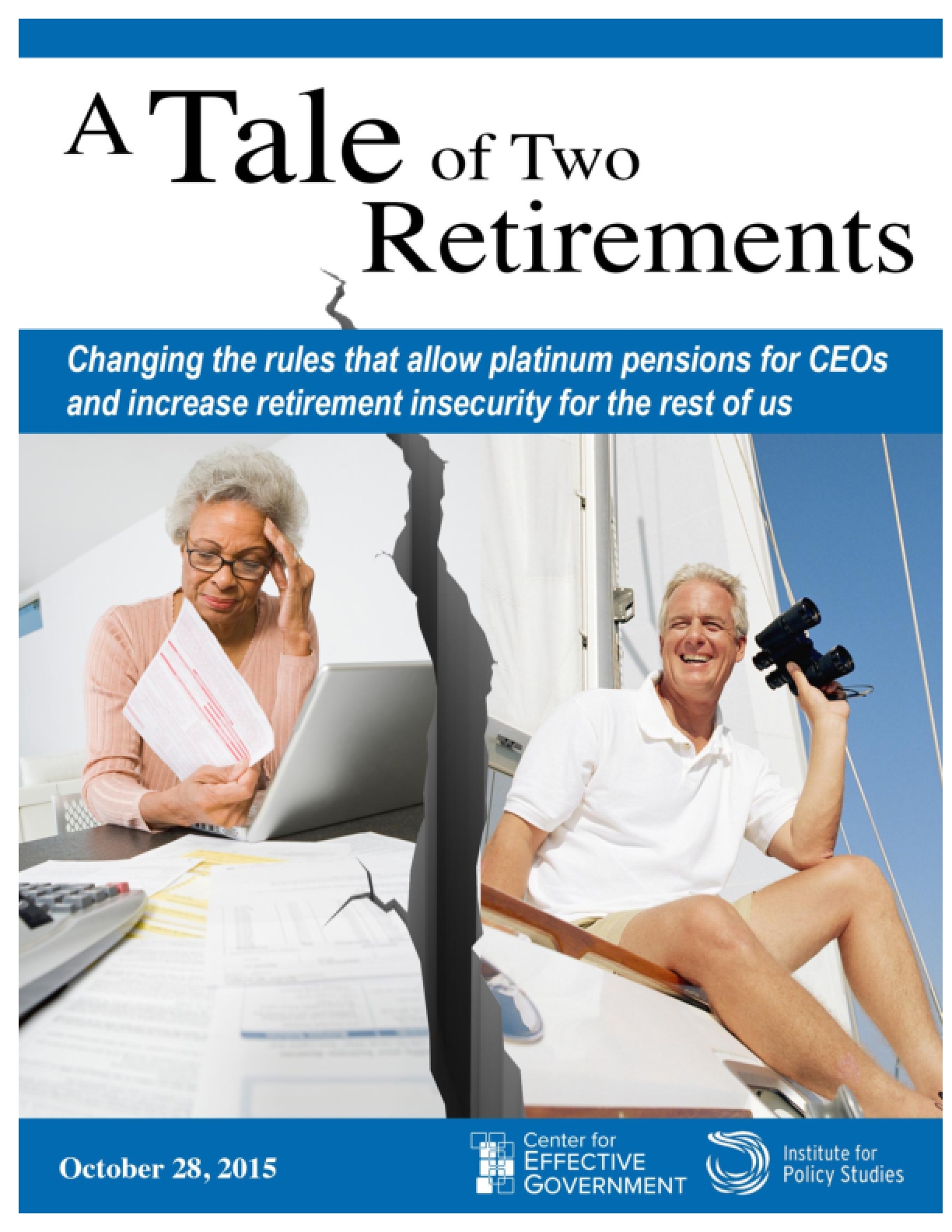