Until relatively recently, both the price of housing and tuition at America's institutions of higher education were rising at unsustainable rates.As the late economist Herbert Stein once said, "Anything that can't go on forever, won't." His prophecy has proven correct for the housing market.
By 2007, house prices were falling in many parts of the country, a trend that showed signs of spreading and accelerating in 2008. College tuition, however, continued its ascent. It would seem only a matter of time before these "unsustainable" increases in tuition cease and likely reverse, but as we have seen with the dot-com bubble and now the housing bubble, readjustments can be very painful. Thus, if tuition increases truly are unsustainable, we should aim to minimize any bubble in the interest of avoiding additional pain -- such as school closures and large-scale student dislocations -- from the inevitable readjustment. Intriguingly, the housing bubble offers some insights into what might be termed the "tuition bubble." 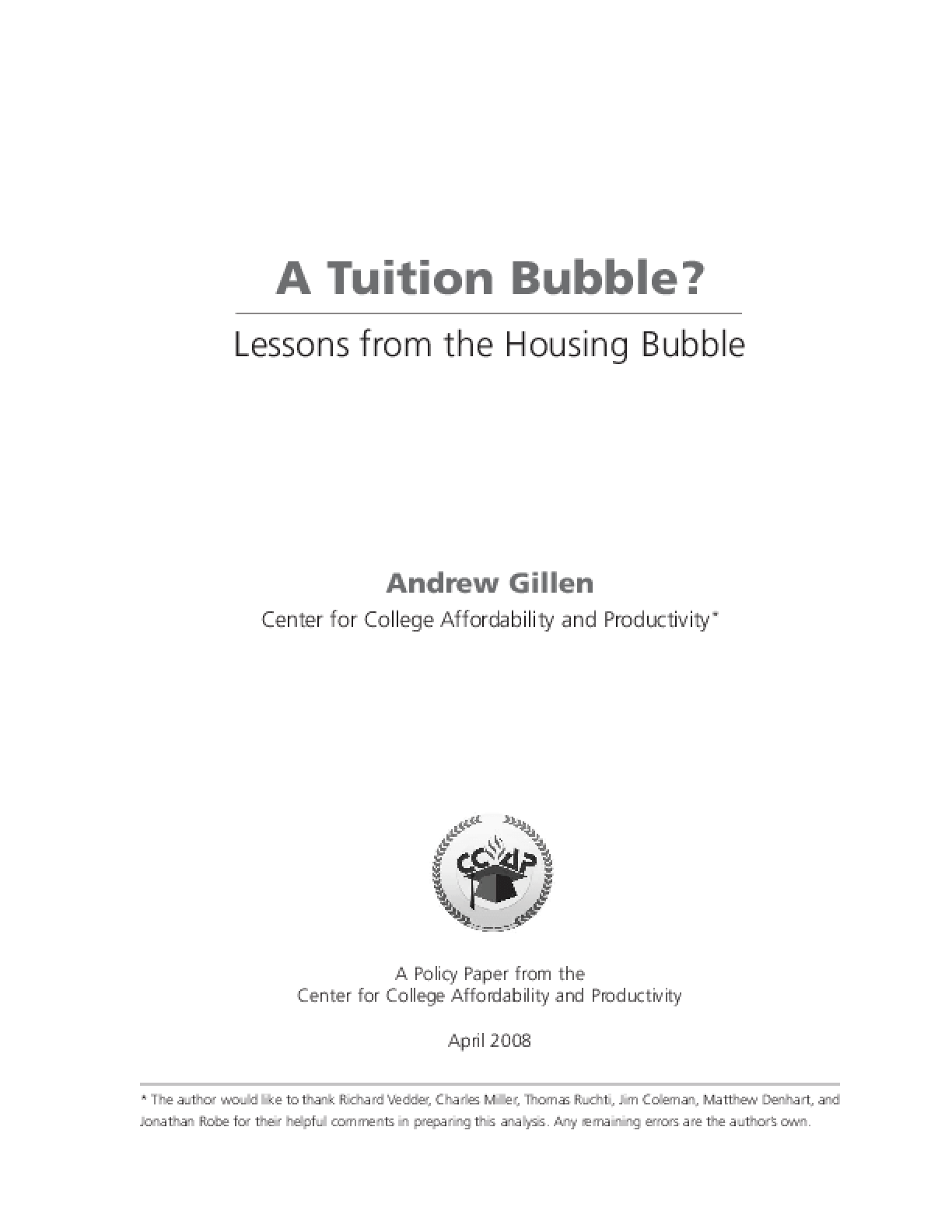