It is widely believed that starting public school teacher salaries are too low, and student loan burdens are too high. If true, we could be facing a situation in which recent college graduates cannot afford to go into teaching because they will be unable to repay their college debts. Public policies are already being formulated on the basis of that conclusion.

Unfortunately, the only major analysis of teacher salaries and student debt published to date is based largely on borrowers' subjective feelings about debt manageability. Likewise, more traditional methods of determining how much debt is too much offer little help because they are based primarily on general risks of default predicted by debt-to-income ratios rather than the ability of specific borrowers to handle their debts and other expenses.

To provide legislators with a more objective basis for policymaking, this paper assesses first year teachers' ability to pay back college loans given their actual salaries and expenses. This method eliminates both the subjectivity of determining debt burdens on the basis of debtors' feelings, and the imprecision of using correlations between debt-to-income ratios and overall default rates.

The findings presented here reveal that first year teachers in even the least affordable of the 16 districts examined can easily afford to pay back their debts. Indeed, with just some basic economizing, a first-year teacher could not only pay back average debt, but could handle debt levels nearly three times the national average. This does not mean that current teacher salaries or student debt burdens are "right" -- only markets can determine that -- but it does mean that there is no need for policymakers to intervene in either teacher pay or student aid to assure that college graduates can afford to become public school teachers. 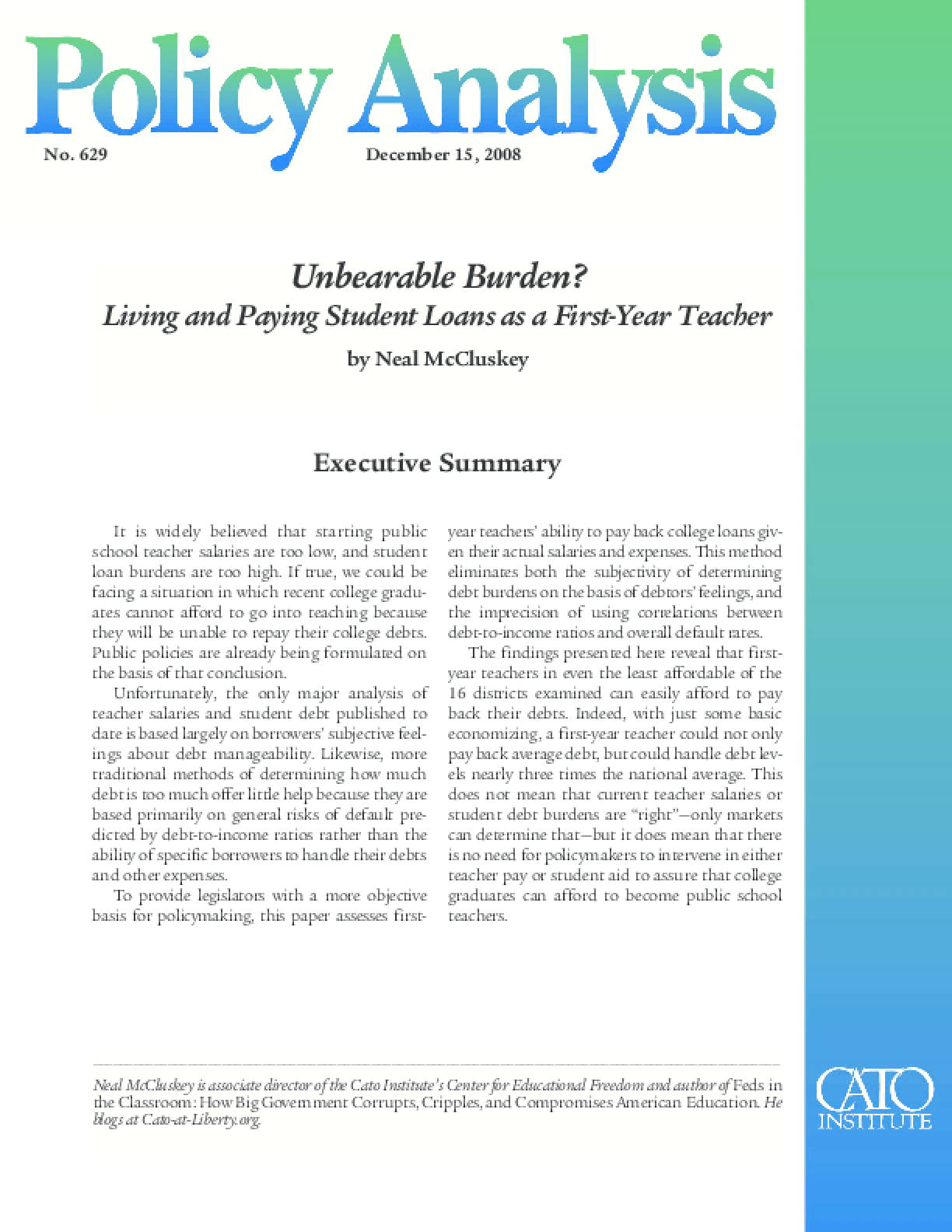