Values and Religion in Rural America: Attitudes Toward Abortion and Same-Sex Relations 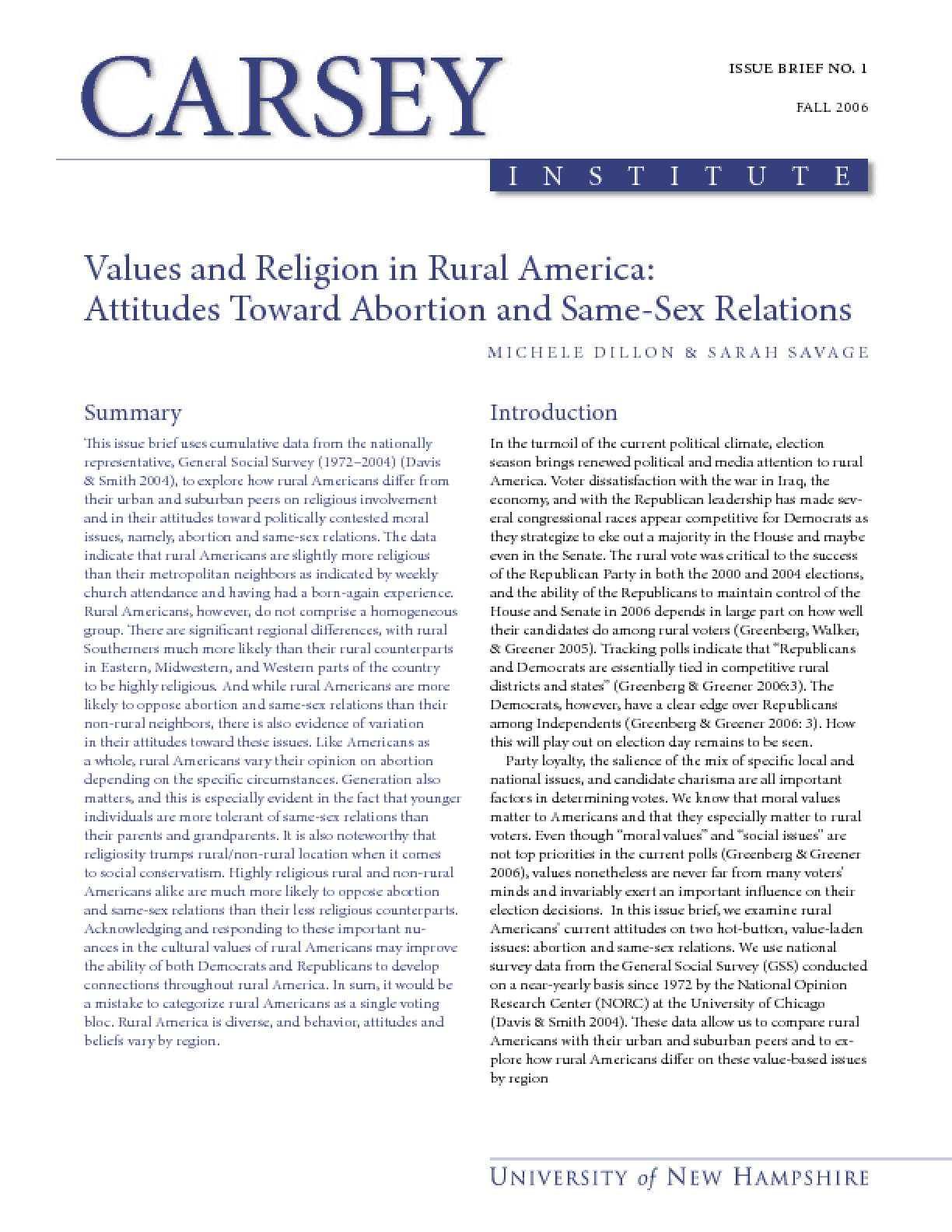