Why We Fight: How Public Schools Cause Social Conflict

It is all too often assumed that public education as we typically think of it today -- schooling provided and controlled by government -- constitutes the "foundation of American democracy." Such schooling, it is argued, has taken people of immensely varied ethnic, religious, and racial backgrounds and molded them into Americans who are both unified and free. Public schooling, it is assumed, has been the gentle flame beneath the great American melting pot.

Unfortunately, the reality is very different from those idealized assumptions. Indeed, rather than bringing people together, public schooling often forces people of disparate backgrounds and beliefs into political combat. This paper tracks almost 150 such incidents in the 2005-06 school year alone. Whether over the teaching of evolution, the content of library books, religious expression in the schools, or several other common points of contention, conflict was constant in American public education last year.

Such conflict, however, is not peculiar to the last school year, nor is it a recent phenomenon. Throughout American history, public schooling has produced political disputes, animosity, and sometimes even bloodshed between diverse people. Such clashes are inevitable in government-run schooling because all Americans are required to support the public schools, but only those with the most political power control them. Political -- and sometimes even physical -- conflict has thus been an inescapable public schooling reality.

To end the fighting caused by state-run schooling, we should transform our system from one in which government establishes and controls schools, to one in which individual parents are empowered to select schools that share their moral values and educational goals for their children. 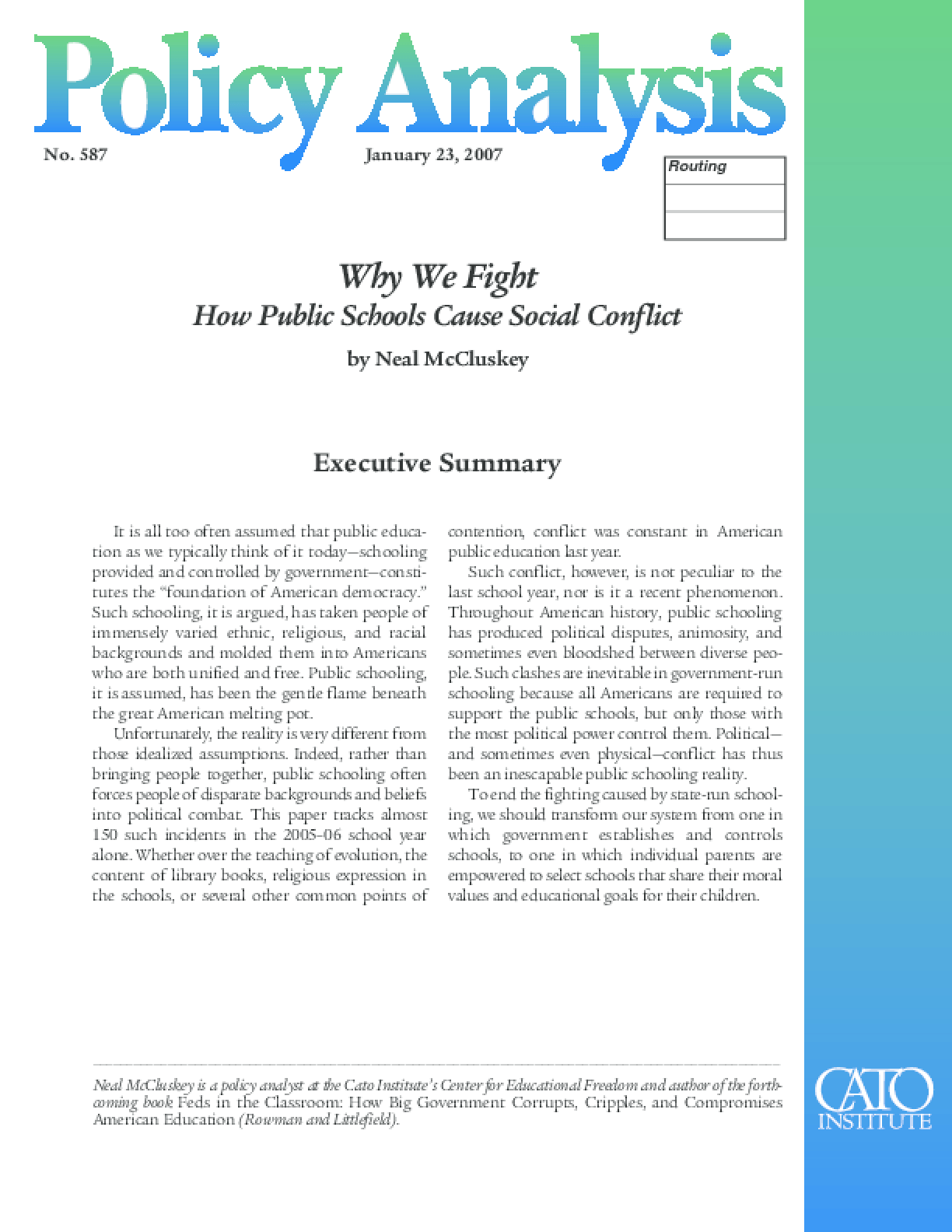