Why Where? Because Who: Arts Venues, Spaces and Tradition

This report explores art programming in unusual spaces for new audiences in an effort to understand the impetus behind the work and what lessons can be learned from leading examples of it. It builds on other recent efforts that discuss participation and location by placing the trend in its historical context, and it challenges the assertion that the trend is a recent one. Unusual locations are as much a part of the history of art as are the venues that are today considered more usual. Likewise, the venue that is unusual to some is often quite usual to many others including, importantly, new audiences that the arts seek to reach. A typology of this activity follows the historical survey, with some suggestions as to the vocabulary that might be used to describe what is happening. A series of case studies are then presented, indicating the range of outcomes possible when arts programming is pursued in unusual places. Lessons from these case studies, as well as from the broader survey, lead to some conclusions about the future of the work and its significance. The hope is that this report is inspiring to practitioners who have begun experimenting with work in unusual places as well as those who are eager to join in. 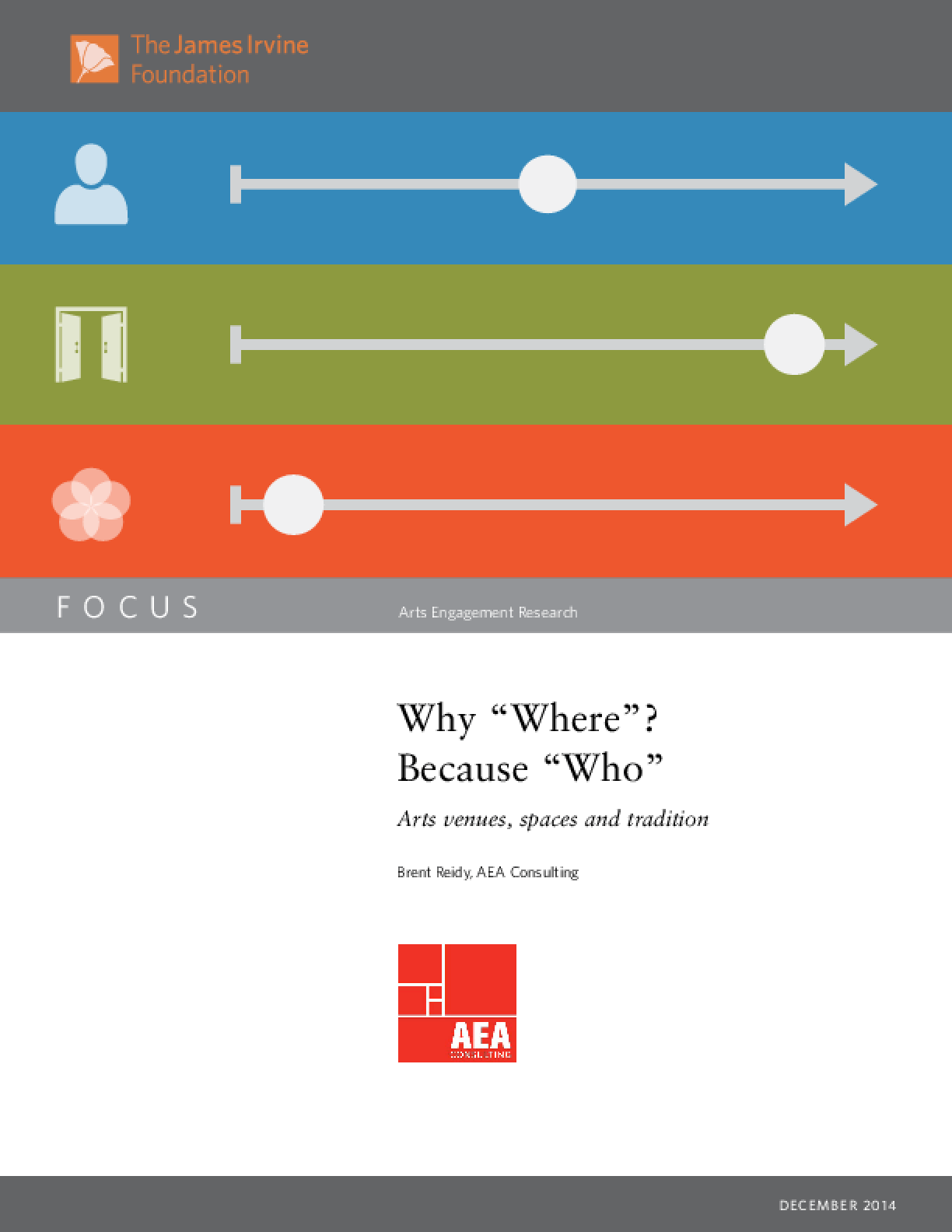